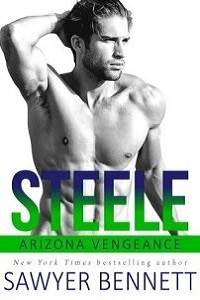 Overall, I’d say stalking my wife on her date tonight was a good idea. I kick back in my recliner in the living room of the house I’d rented over five months ago when she kicked me out of our marital home.

I ruminate on the evening.

Somehow, I’d convinced my teammate, and probably my closest friend on the team, Kane Bellan, to sleuth with me. I’d been intent on figuring out just how serious Ella was about this dude she was dating. I can’t deny my blood boiled as I watched them laugh, talk, and hold hands. My earlier satisfaction they had not kissed when he picked her up—yes, I was watching from where I was parked down the block with Kane—had melted way.

And yes, I knew it bordered on downright crazy to be doing that, particularly when Ella has absolutely no reason to take me back. Our marriage had deteriorated—according to her, anyway, as I guess I was oblivious—over the last few years of my professional hockey career. It had been pretty much over—in her mind—by the time I got traded from the Quebec Royals to the Arizona Vengeance last year in the expansion draft. By the time she was asking me to leave the house just about five months ago, I was coming into the playoffs, and our team had a real chance to win it. I wasn’t sure I even understood what was going on, but, next thing I knew, I was living in a rented home away from my family.

But fuck if seeing her by chance last week at a restaurant with that man, who was very attentive, made her laugh, and made her smile more than I can remember doing in years, seemed to awaken some sort of beast inside me. Like an epiphany, I realized I wasn’t ready to let Ella go.

Fast forward to tonight, and yes… I stalked her and her date, with Kane by my side. The mission had been only to watch from a distance while gathering intel. I needed to see if I could glean just how serious they were, because it had been two weeks since I’d seen her with him and a lot could happen in that time.

The mission went south, though, when Ella spotted me peeking around a donut food truck.

Christ, she was glorious. Her golden hair cascaded in waves over her shoulders, flying around in an arc as she snapped into a double-take when she caught sight of me. Blue eyes flashing with fury, she’d glared daggers and, even though she was rightfully pissed and I knew I’d pay for it, I’d never found her to be more beautiful in my life.

I’d tried to walk away, but she’d caught up to me. Her hand on my arm forced me to give her my attention. Her date—a fairly ordinary-looking man in my opinion—hesitantly stood by and watched…

While she chewed me out.

I challenged her. “I want a shot at making you remember the good times.”

“You mean the sex?” she demanded with one side of her upper lip curled in a sneer.

Still, the most beautiful fucking thing I’d ever seen.

I bent my head, murmuring, “It was great sex. And yes, you need a reminder.”

Momentarily, I saw heat in Ella’s eyes as she remembered—and could not deny—that we burned it up between the sheets. Even right until our end, we were carnally attracted to each other and acted on it. That flash in her eyes made me want to beat my chest in victory, but the euphoric feeling was short-lived when she said, “A relationship is about more than sex.”

I wouldn’t be dissuaded. Instead, I tried my charming smile she had once told me was the first thing she’d noticed about me back in high school when we started dating.

“Yes,” I agreed, smile going from charming to slightly wicked. “But it’s a damn good place to start. I’ll stack myself against any guy you want to date, including that dude back there.”

And while I knew by the end of this exchange I was probably going to walk away looking bad, I got one major concession from her. Harshly, she whispered so no one could hear, though I think Kane did. “We’re not having sex, so there’s nothing to compare.”

Yeah… I had to hold myself back from beating my fists to my chest. Ella may have been seeing Mr. Ordinary for a few weeks, but they had not had sex yet, which was crucial in my opinion. While I truly would stack my prowess up against anyone because I have over fifteen years of experience making my wife come, I know Ella wouldn’t get sexually involved with anyone unless her heart was sure. That fact gave me more courage than anything else—it meant she was taking it slow with this guy.

My thoughts divert from earlier events. Lacing my fingers over my stomach, I gaze at the ceiling. I’m a ponderer by nature, so I can stare into space for quite a long time while I mull.