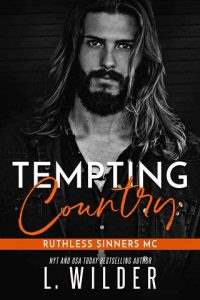 Growing up, I was a bit of a chubster and not one of those cute, rosy-cheeked kids with a little extra meat on their bones. I was fat—at least in the eyes of all my friends at school, and we all knew how it went for the fat kid. They tended to be the butt of all the jokes, and some were brutal like “Hey, fatty-fatty, two by four. Can’t fit through the kitchen door,” or “You’re so fat, you need a map to find your dick.” One of my all-time favorites was “You’re so fat I bet your nose doesn’t even run.”

The teasing and taunting were tough at times, and I couldn’t deny that it got to me. As much as I tried not to let it, those words cut deep. I had a short fuse, and there were some days when I struggled to keep my rage under control. Those were the times when I’d go down to the basement and wail on my ol’ man’s punching bag. The older I’d gotten, the more time I’d spend down there. When my dad figured out what I was doing, he came downstairs and asked me, “You wanna tell me what’s going on with you?”

“Any particular reason why?”

“I’m done with all the bullshit.”

“You know.” I slammed my chubby fist into the punching bag. “I’m sick of everyone running their mouth about me.”

“That’s easy for you say. You aren’t a fatass like me.”

“But I was. I’ve been where you are, and I remember how tough it can be.”

Looking at him now, it was hard to believe my father was ever overweight. Hell, I bet there wasn’t an ounce of fat on the man, but I could tell by the sound of his voice he was being completely honest with me. Feeling completely defeated, I told him, “I’m just so tired of it. Why can’t I just be like everyone else?”

“You are, Son. You’re just carrying a little extra weight.” He reached over and gave my shoulder a fatherly pat. “You’ll grow out of it. As soon as your growth spurt comes along, you’ll slim down and—”

“I’ve been waiting on this stupid ‘growth spurt’ forever.”

“It’ll come.” I wanted to believe him, but at that moment, I felt like the whole world thought I was a fucking loser. I just needed a break—a moment to collect myself and forget all the crap people said about me, so I was relieved when my father said, “You know, everyone needs a day—a day to wallow and feel sorry for themselves, but only a day. After that, you gotta stand up and face the music.”

I didn’t respond. I just stood there and listened to my father. “The way I see it, you got two choices: you can continue to be the target of all the jokes, or you can be the one who cracks them first. In other words, you gotta beat everyone to the punch.”

“When I was your age, I went for the latter, and I got pretty damn good at it. I have no doubt you will, too.”

After thinking about everything my father said, I decided to do like he’d done and be the first one to crack the jokes. It wasn’t always easy. There were times when I wasn’t sure I could do it, but in time, I got pretty good at poking fun at myself. Whenever someone would give me a disgusted look, I’d give them a wink and pat my belly. “It takes a body like this to contain me and all my fucking personality.”

If I was at a party and trying to play it cool with the ladies, I’d say something like, “Yeah, I know I’m fuckin’ sexy. Why don’t you come over here and get you some?”

I poked fun at everything and anything, and little by little, the disapproving looks started to fade. The kids at school began to back off with the fat jokes. As time went on, I began to grow taller and taller, and like my father had assured me I would, I started to slim down.

After spending a summer working out at my grandparents’ farm baling hay and cleaning out stalls, I developed a few muscles to boot. In a few months, I went from the round, dumpy kid to a tall, lean, fighting machine. My transformation didn’t go unnoticed. It seemed everyone had something to say about it, but I never let it get to my head.

I might’ve lost the weight, but I was still me.

I still had my sense of humor.

I still had my short fuse, too.

Just like the blood running through my veins, they were a part of me.