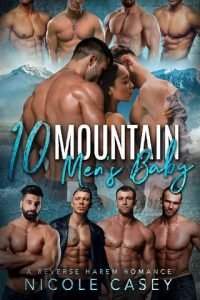 I started another anything-but-routine day at my dental practice with a simple teeth-whitening session for the head of one of the biggest banks in San Diego. Despite my hand in his mouth and a pick scraping at his teeth, he still tried to flirt with me—perhaps it was because I had my hand in his mouth and was scraping at his teeth with a pick that he flirted with me. With bankers, you never can be sure. Between gargles and spits, he told me about the yacht he’d recently purchased. After the session, he handed me his card and told me to call him if I ever wanted to sail to Hawaii with him.

There was little to no chance I was going to take him up on that. Not because I’d just seen him lying in my chair, a bib on his chin and spitting into a bowl every few minutes—though that didn’t improve his chance—but mainly because of the wedding band on his finger. That was a deal-breaker.

Sandy, my over-efficient receptionist, pulled the phone down to her chest and turned to me. “I bumped your eleven o’clock back a half hour. Mrs. Freedman has an emergency. She’s in the waiting room now.”

I didn’t have the time to respond before Sandy had resumed her phone call. I put on a smile and stepped into the waiting room. “Mrs. Freedman.”

She held the right side of her jaw in one hand and her clutch in the other. Despite the expertly applied make-up, the designer threads, and the fresh-from-the-salon coif, I could tell she was in bad shape.

“Right this way, Mrs. Freedman.” I gave her a sympathetic smile as she entered my surgery.

“The right side of my mouth is all puffed up,” she said. “And it kills. It really kills.”

Undoubtedly, she was in a lot of pain. I’d seen this countless times before—an untreated abscess that’s led to significant tooth decay. I applied a local anesthetic, and within minutes she relaxed and breathed a sigh of relief.

“I’m afraid I’m going to have to remove the tooth.”

“Good,” she said, to my surprise, “that tooth has been a pain for weeks. I’ll be glad to get rid of it.”

“I wish you had come to see me sooner.”

“Honey, I have been so busy I haven’t even had time to see my own shadow.”

With her mouth half-numb and fully open and my fingers working on loosening her tooth, she continued talking. “If I say no to a charity, I end up feeling guilty. Then the next few weeks, I’m double and triple booked. Then I inevitably have to cancel a few fundraisers, which has me feeling guilty again. And the cycle just repeats and repeats.”

Mrs. Freedman had been coming to me for her dental needs since I first opened my practice nearly four years ago. She was one of my first patients. Actually, it was largely thanks to her that my practice had thrived as much as it had. Mrs. Freedman was a prominent figure in San Diego’s bustling social scene: an influencer, a fundraiser, a champion of many worthy causes. Word of mouth can get you a lot of business, especially if that mouth belongs to Felicity Freedman.

“Well, I’m afraid your mouth will be a bit sore for a couple of days,” I told her. “You might not want to, but it would be advisable to take it easy for the next couple of days, at least.”

I smiled and cocked my head to the side. “I couldn’t give you orders, Mrs. Freedman. Let’s call it a suggestion, a very strong suggestion.”

“That’s good enough for me,” she said, quite relieved. “Now I have to scale back on my commitments, and there’s nothing I can do about it. Impossible to feel guilty for what I can’t control, isn’t that right?”

I nodded. “You have nothing to feel guilty about, except if you ignore my suggestion and have to come back here for another abscess on the left side of your mouth.”

“Honey, as much as I like you and as much as I appreciate all the help you give me, I don’t wish to see you again for quite some time. No offense intended.”

I shook my head. “None taken. Although, I will need to see you again for a possible bone graft and a dental implant, depending on what you want to do about the missing tooth, now.”