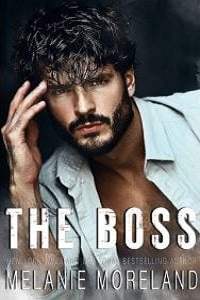 I raced along the street, tears streaming down my cheeks. The salt stung the abrasions, but I didn’t stop to wipe them away. I had to get away—as far away as possible. My head ached from the blow I had taken earlier, and my legs were tired from running, but I kept going.

I stuck to the shadows, pulling my jacket around me, burying my face into my scarf. My pocket contained the only thing I had grabbed before I fled. My small wallet and the five hundred dollars I had snuck from his jacket. I had nothing else with me.

A busy intersection was coming up ahead of me. I didn’t want to take the chance of being seen under the bright lights. Having no other choice, I cut down a dark alley. The exact kind of alley a girl was warned to avoid all her life. But, at that point, it didn’t matter anymore. If someone grabbed me, they couldn’t do any worse than he had. If I stayed, I was dead, and I had decided I would rather die running than stay and let him finish me off.

I heard shouts, and my chest tightened. I started to run faster, not caring where I was headed. I ran until I was breathless, from alley to alley, until there were no sounds except my muffled heartbeats.

Leaning against a crumbling brick wall, I tried to catch my breath and let my heart slow down. My vision was clouded, and I had to blink several times to clear it. I tucked my trembling hands under my arms, unsure if I was shaking from the cold or fear. I looked around, no clue where I had ended up. I peeked around the corner at the deserted streets. The neighborhood was industrial, the buildings a mixture of run-down businesses and closed, boarded-up warehouses.

I inhaled a shaky breath, pushing my hair off my face. I winced when my fingers met my forehead, and drawing them back, I saw they were wet with blood. More tears ran down my face. Unsure what to do, I began to walk, trying to gather my thoughts. I couldn’t go to a hotel since a credit card would be required. He would trace it. I needed a cheap motel that would take cash and ask no questions. I glanced around—it was the sort of area I might find one, but it had to be soon. My legs began to shake, and the pain in my head increased. I didn’t want to risk being out in the open any longer than I had to be.

A car drove by slowly, and my panic returned. It wasn’t him, but the sight of it unnerved me, the speed making me wary. I slowed my footsteps, and when the car stopped a few blocks ahead and sat with the engine running, my heart stuttered. There was a narrow break between the buildings, and taking advantage of the sudden escape route, I slipped between them. It was dark, and I used my hand to trace along the wall. I encountered a door handle, and when it turned, I was shocked that it worked. The door creaked in the small passage. I could hear the car that had frightened me coming back, and quickly, I slipped through the door, shutting it behind me.

The air was damp and musty, with mildew and dust tickling my nose. I was shrouded in darkness and eerie silence. I could hear voices outside. Fumbling, I found the lock on the door and pressed it. I held my breath, my panic ramping higher as the voices came closer. The handle jiggled, the lock preventing it from opening. I prayed it would hold, my gaze locked on the dull metal.

“Are you sure she came down here?”

“I thought so. Fuck, who cares, man. We can find another piece of tail.”

The voices drifted away, and the car drove off, the sound of the engine fading away. I shuddered, holding my throbbing head. They weren’t looking for me, specifically, but I was still grateful for the door I had found. Relief made me even weaker, and for a moment, I had to lean on the damp wall, trying to summon my waning strength.

A few moments passed, and I knew I had to decide what to do now. Leave the way I came in and keep walking aimlessly, or explore what might be a place I could sit and rest for a while and figure out my next move—as limited as my choices were.

Cautiously, I walked forward, coming to another closed door. The shaking in my legs was getting worse, and I hoped to find a place to sit aside from the floor. I wasn’t sure I would be able to get up if that was where I ended up. I pushed the door open, peeking around the edge, then entered a large room. From what I could see from the partially boarded-up windows, I was in a deserted warehouse. The dim light helped, and I investigated until I found a glassed-in office that contained some old furniture. Some of the panes were still intact, and they were thick with grime. The rest of the panels lay in shards on the floor. I carefully skirted the glass and sat down behind a timeworn desk. The chair was hard, cold, and damp, but it was big enough for me to curl up in. I drew up my shaking legs, wrapped my arms around my knees, and rested my head on them. I drew in a quivering breath, the feeling of gratefulness for a deserted building and a rickety old chair overwhelming me. The damp, musty smell invaded my senses, the lingering decay reminding me of the basement closet Blaine liked to lock me in on occasion.