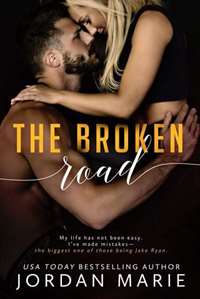 Katie Smith had forever written all over her.
I knew better than to touch her.
I just couldn’t stop myself.
I had plans, goals, and a life that didn’t include Macon, Texas.
What do you do when what you want clashes with what you love?
You either let it tear you apart, or you make a decision.
Now, seven years later, I have regrets—none as big as walking away from Katie.
But life moves on and she’s getting ready to marry my brother.
I don’t like it. There’s a pain inside me that I can’t escape, but there’s nothing I can do.
Then, I learn my decision had consequences.
Like a son I never knew was mine.

It feels as if time freezes. I turn around slowly, looking through the crowd, but it doesn’t take long. Jake’s standing behind where the seats begin. He has on those faded jeans, a buttoned-up western shirt, and that huge fucking belt buckle he always wears. It’s one of his prizes for his first championship—a championship he won while I was going through three days of labor. With his white Stetson, he oozes rodeo cowboy—which is just another reason to hate him. I turn, giving him my back as I gaze up at Jeff.

“It’s okay,” I whisper, knowing it’s not. The pastor begins speaking, and the ceremony commences. Jeff nods, but his face is tight. I reach up and touch him. “It’s okay,” I tell him again. I need to say more, but for that, we really need to be alone. He gives me a grimace, which I think is supposed to be a smile.

“Before we begin, does anyone here have a reason why these two shouldn’t enter into the vows of holy matrimony?” Pastor Kurt says, addressing the crowd.

I grin as silence rings out. I ignore the butterflies in my stomach and give Jeff a wink and even he smiles—at least a little.

We just need to get through this ceremony. That’s it.

“I guess that would be me, Pastor.”

Gasps explode all around me as shock fills my body. I hold on to Jeff’s hand to keep my knees from buckling. I turn to look as Jake strolls up the aisle. Out of the corner of my eye, I see Barbara grab Lennon in her arms and take him inside. I’m completely grateful. I don’t want my son to see any of this.

“I think before you say ‘I do’ to my brother, you and I need to have a talk, Katie.”

“I have nothing to say to you.”

“We can talk about it alone or in front of everyone here. The choice is yours,” he says, his face cold and completely closed off.

I look up at Jeff. Oddly enough, he looks resigned as he steps back from me.

“Go talk to him. It’s past time.” He sounds so weary, so tired, that I don’t know how to reply.

“Just do it, Katie.” I nod. It’s not like I have a choice. It looks like instead of a wedding day, I’m going to have a day of reckoning with Jake Ryan.

Acid churns in my stomach. It was hard as fuck to watch Katie walk up the aisle in that white wedding dress, smiling at my brother. How in the fuck is it possible that she’s just gotten prettier over the years? Hell, I stopped coming home at all because it just got too painful to see her.

I knew she would move on and leave what we shared in the dust. I hated it, but I understood. The two of us always wanted different things in life. When she had Lennon, it felt like I had been gutted. I went on a week-long bender. It didn’t help, but it fucking numbed the pain.

I follow Katie toward the old barn. How many times did the two of us sneak away to this damn place, spending hours experimenting and memorizing each other’s body? How many times did I bury myself inside her, thinking that we’d be together for the rest of my life? She spins around to look at me as the smell of musty hay assaults me. Once upon a time, being in a barn near my horses was all that calmed me besides Katie. Now, I have both and I just want to scream.

“You’re a bastard,” Katie hisses and fuck me, I shouldn’t care that there are tears in her eyes. I really shouldn’t. Still, the urge to wipe them away is there. I hold on to the anger inside of me. It might not be completely justified, but there are still a lot of reasons for having it, and it helps turn my resolve into steel.

“I don’t think you want to start calling each other names right now, Katie.”

“After all this time, who are you to show up on my wedding day and ruin it? Why, Jake? Why? Why would you do this to me? Hell, why would you hurt your brother like this?”