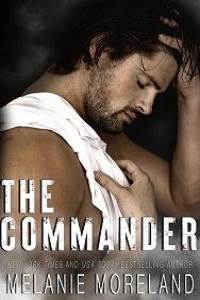 I reached for a file, trying not to curse under my breath. Then I recalled I had a private office so I could curse all I wanted.

I picked up my coffee, cursing yet again when I realized the cup was empty. I punched the intercom, waiting until my secretary responded.

I managed to keep my voice civil. “Coffee, Anne. Now.”

“Right away. A sandwich, perhaps?”

I shook my head in disbelief. The days passed in a rush of moments, it seemed.

It was a shame the nights dragged so badly.

“I would appreciate that.”

I hung up before she could respond. She was an older woman, happy to have a job, not caring about the dull work she processed daily. She had no idea what really happened in the office behind her, and it was best kept that way. I had learned my lesson once.

Anne came in at ten, left at four, and when she wasn’t typing or filing, getting me lunch or coffee, she kept herself busy. I didn’t care. She was a cover, and it worked well for both of us.

An hour later, I finished signing all the papers, and I shoved them out of the way, running a hand over my eyes. I looked over at the sandwich sitting on the edge of my desk, the edges curling and drying, and I tapped the plate, knocking it into the garbage can.

My phone rang, and I answered it tersely.

Conrad was one of my security men. An excellent ex-agent and happily working in another capacity for me—but he was on leave. “Conrad, what’s up?”

“I’m here at the London airport, waiting to leave for our vacation.”

I blinked, unsure what that had to do with me. “Okay.”

“We like to fly out of here. Smaller than Toronto, you know? No crowds, no lineups.”

“Yes, I understand,” I said impatiently. I didn’t really have time for idle chitchat about airports in Canada. But his next words hit me like a freight train.

My body locked down.

My wife. I hadn’t heard those words in months.

“My ex, you mean,” I said numbly, feeling the shock of his words. We weren’t even technically divorced, but I let people think that way. It was easier.

I hadn’t been able to find her since the day she’d walked out. It was as if she had disappeared. And for him to have spotted her?

What were the chances?

I realized he was still talking.

“The reason I noticed her, aside from the red hair, that is, was the fact that she had someone with her.”

She was with someone? Was that why she really left me?

“Yeah. She was carrying a baby. Like, a four-month-old baby. And the baby—she looked just like you. I’d recognize those eyes anywhere.”

His words exploded in my head. They echoed and ricocheted around my brain, growing and expanding every second.

I was on my feet in a second, standing so fast my chair hit the wall.

“Do you know what flight she’s waiting for?”

“Same as ours. She’s headed to the Maritimes.” He rattled off a number.

“Good thing the plane is late—”

I slammed down the phone, not waiting for him to respond. I pressed another button, already speaking before the person answering finished his greeting.

“I need Flight WJ873, departing London, Ontario, grounded until I get there. Mechanical issue—whatever you need to say for it to stay on the ground. Keep the passengers calm and in the terminal.”

I hung up again and made another call.

“I need a helicopter. Now.”

I rubbed my face, staring at the hidden cameras in the outer office. Five women were waiting to meet with me. All typical of the type of woman who applied for the job I’d posted. Late fifties, looking for something to fill in a few hours three days a week. Nothing difficult, strenuous, or exciting. Boring, actually. I purposely geared the job description that way to attract that age demographic. Labeled the description secretary, not assistant.

Joyce, my current secretary, was leaving after two years. She’d lasted longer than most but decided Florida and the sunshine held more promise than another dreary winter in Toronto. I couldn’t really blame her, although I would miss her. She was quietly efficient, lacked any sort of motivation to “do more,” and was just as happy sitting at her desk knitting yet another afghan for someone than to ask for additional tasks. Of which I had zero. So, she kept knitting, collecting her paycheck, and keeping the legitimate business of security I offered running smoothly. The phone was answered, invoices sent out, monies collected, and events scheduled. She did it well, so I had zero problem with the knitting.