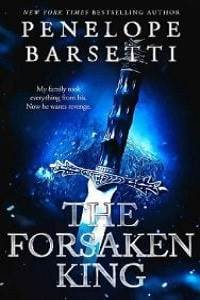 The winter winds rolled over the hills and directly into the castle. It blew like a whistle, a scratch against the ears that tore the eardrums. The doors shuddered back and forth as they flapped in the wind, and glass crystals sprinkled across the snow on the stone floor. It shone like diamonds.

It would have been beautiful—if it weren’t for all the blood.

Impaled right on the throne, a sword shoved into his open mouth to pin him in place. His blood had soaked into the cushion, and once that became saturated, it dripped to the floor, the snow, the rug.

It was time to look away. But he couldn’t.

Hurried footsteps ran down the hallway. The boy rounded the corner, dressed in breeches and a tunic because there was no time for armor. “We have to go.” He was careful not to look at the scene, as if he already knew what was there.

He remained, his wet, angry tears unable to stop, to close it off.

Then a woman’s scream pierced the castle.

It broke the trance, and he was finally able to pull his gaze away from the fallen king. “Mother.”

He winced when he recognized the sound. “They have her.”

The scream sounded again…and he knew exactly what was transpiring.

The sword hung by his side, and he breathed a few heavy breaths as they shared a look. “She’d want us to run.”

His jaw clenched when he heard the scream again, when he imagined what was happening to her that very moment. “No.” He pulled his sword from his scabbard and moved into the hallway. “Come on, Ian.”

Ian followed behind him. “They killed all the guards. We don’t have a chance—”

Ian’s eyes shifted back and forth as he looked into his brother’s eyes. “I admire your courage, but our training has barely begun. We have no chance against these guys—”

“I think watching her son die is worse than what’s happening to her right now.”

His heart beat slowly like the drum in a ballad, but everything else about him was tense. The way he gripped the hilt of his sword. The way his face tightened with the jaw-breaking tension. The way his body craved blood like it was a mouthwatering feast. “Then go, Ian.” He pulled him into his chest for a quick embrace. “Continue the family name—and avenge us.” He released his hold and turned with his eyes closed, so he wouldn’t have to look at him, wouldn’t have to see his brother for the last time.

He rounded the corner at a run, following the screams, jumping over the bodies of the dead guards that had been slain in the middle of the night. His boot nearly slipped on a pool of blood, but he righted himself before the fall and kept going.

The bedchamber door was open, the light from the gas lanterns casting a dim glow on the wall and into the corners.

Facedown, she was pressed into the bed, her gown shoved up around her waist. One guard had her hands pinned on one side of the bed—and a monster had her at the waist on the other side.

She tried to fight, tried to throw her hips up, but it was no use.

His dark hair was in loose curls, and a strand fell in front of his forehead, on top of the shine from his sweat. His breeches were tugged down, and the bottom of his tunic covered his desperate cock. “What a pleasure, Your Highness.”

He burst into the room and went for the guard that had her by the hands. The blade went deep into his back, and he twisted, severed his spine so he’d never walk again even if he survived.

The guard spat out a cough of blood directly onto his mother before he collapsed.

The chaos was enough to distract the pant-less asshole at the edge of the bed, and she threw her body hard and slammed her fists into his chest.

He stumbled back, tripping over his own pants, and fell backward. “Agh!”

A dagger had fallen to the floor, and she was quick to snatch it before she sprinted around the bed and grabbed her son’s hand with an iron grip. It was the same way she’d grasped him his entire life, pulling him out of the path of a guest at the ball, guiding him away from the cart headed right his way, tugging him out of his room so he could see the hawk in the sky through the window.

He squeezed her back.

A voice shook the walls of the castle. “Get them!”

She quickened her pace, running down one hallway then the next, trying to get to the outside as quickly as possible. Every window they passed was frosted in the corners, the white snow visible in the darkness.