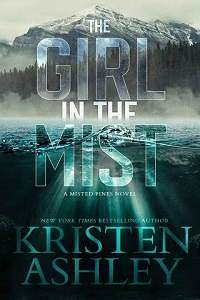 There wasn’t time to do the renovations, outside the security system (obviously), but there was a list of vetted contractors who would take care of things.

This wasn’t an issue.

I could make do.

Down to what was in my car right then.

Stuff that I myself had been carrying into the house while the movers took care of the boxes and furniture.

No, there were other issues with that lake house.

Starting with why I’d had to buy it.

Okay, not had to. I could have rented something, like the others did.

But still, I had to be there instead of home.

On expert advice, which sounded a good deal like orders, we all had to take significant precautions.

We’d had years of this kind of thing, specifically me. So many years, and so much of it, we’d all become inured to it.

But when the situation required the attention of the FBI and they had been fully apprised, they were even less happy about what was going on…

Cue me leaving LA and being…

Which brought me to the next issue.

And no, it wasn’t that the closet was a mess and needed a custom one built, because yes, I was a diva. I’d earned that distinction and was proud of it. As I was proud that I’d worked hard and put up with a lot to earn my money.

I’d come up with nothing, from nothing.

Now I had nice things.

Quite a number of them.

And I did not apologize for that.

As such, I needed a nice closet in which to put my nice things.

I digress, which happened a lot when I thought about the state of my current closet.

Nor was the issue with the house that the kitchen was kind of a disaster (and it was, but for the time being I could work with it).

The bathrooms weren’t great either (really not great, and I’d be seeing to those…after the closet).

It was that the last owner died there.

Yes, he was old-ish, and what took him (I was told) was natural causes.

But he’d died there.

And I was discovering that put a stamp on the place.

The fact that the lake was huge and there were only four houses at my end of it, and two of them were seasonal rentals.

Not only did that add to the serenity of the place, it also meant the road outside my house, which dead-ended at the rental home about half a mile from me, would hold little traffic. And the traffic it held would need for me or the residents of the house down below to buzz them in the rather daunting gate, or they’d need the gate code, or they’d need the sensor attached to their windshield (like I now had).

In other words, in the current situation, all of that that was a big bonus for the house.

There was also the wooden path down to the lake that led to an expansive dock, on which I intended to put an outdoor rug and Adirondack chairs and attractive outdoor lights on the poles.

And then there was the boathouse, which was delightfully large. As such, it was also where I was going to store a beverage fridge and (way down the list) add a small kitchenette, a wee living area, a three-quarter bath, a bedroom, all of this for guests to have privacy.