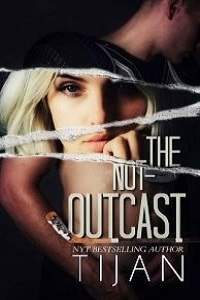 I’d only known him for this last year, and if I were being fully, fully honest here, I’ve only talked to him a handful of times.

I mean, I’ve seen him loads of times. He’s Pine Valley High School’s star hockey player, and we’re a school where hockey isn’t that big of a deal. Football and baseball are. But when Cut started playing for the team, everything changed.

I mean, not until this year. This was the first time I came to stay with my father.

Chad. That’s my stepbrother’s name. He’s the same age as me.

But I didn’t see him a whole lot. Like, hardly ever.

I mean, he didn’t really talk to me.

He didn’t talk to me in school either.

But I did get rides to school from my stepmother (Chad’s real mom), and sometimes Chad would be at the school when we arrived because Natalie (his mom) needed to talk to him or ask him to do something. And Cut was there with him most of the time.

Or some of the time.

Okay. Cut only came to the car once the whole year, but it didn’t matter.

I was sure he knew who I was.

I mean, I was his best friend’s sister. Or stepsister. Did it matter? We were siblings.

Cut never really looked at me. He frowned at me once, in a hallway, when I yelled out, “Hey!” He passed me right by, but there was a flicker in his eyes. He so knew me.

See? We were friends. We were tight.

Or we were just in my head.

I guess, when I think about it, a lot of things this past year only happened in my head.

Like that I had loads of friends at Pine Valley. The truth is, I didn’t, but it was because everyone knew Chad was my brother. He’d told them not to befriend me. He was trying to protect me. At least in my head that’s what he was doing.

And he was super good at it, because he only talked to me once that year in school. It was at my locker. I was there, shutting it, and I knew Natalie was supposed to pick me up because I had to stay after for a meeting about my mom. Chad shoved a stocking cap at me. “Here.”

He didn’t wait for me to grab it, so it fell to the ground, but I scrambled—a big smile on my face—and I looked up. “Hey! Than—”

He was already walking away, not giving me a second glance. He was carrying a bag, and Cut was at the lockers. A couple girls were standing with Cut, but he looked at me then.

He saw me and acknowledged me.

See? He did know me! I totally forgot about that time. There was no frown on his face then. Just his eyebrows pinching together, and he looked from me to Chad. Actually, now that I thought about it, he looked kinda confused.

I mean… What was that about?

Chad had told him about me.

How do you not tell your best friend about your sister?

To be fair, my dad didn’t know about me until I was eleven. And that was five years ago. There had been minimal phone calls or birthday cards since then. It wasn’t my dad’s fault. I heard him calling. Or more specifically, I heard my mom fighting with him.

Then again, that’s all my mom really did.

She fought with people, then she smoked up. She liked to lock herself in her bedroom.

Or she liked to lock me out of the house.

There was one time where she locked herself in her room for a full week.

I knocked and asked if she was okay. Sometimes she’d yell at me to go away. Sometimes she didn’t say anything, but she always got mad when I went to check on her. And I didn’t think she’d eaten that week or had any water, so I left sandwiches outside her door, and I stole a couple bottles of water from the neighbors.

I stole other things, too.

I always hated doing that, but if I were being honest, I didn’t think I was really stealing them. Mrs. Johanson saw me take a water one time, and she didn’t say a word. There were two bottles there the next day.