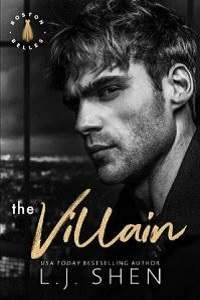 To Cori and Lana.

Take her head upon your knee;

It is not so dreadful here.”

The bleeding heart is a pink and white flower that bears a striking resemblance to the conventional heart shape. It is also referred to as the heart flower or as lady-in-bath.

The flower is known to be poisonous to the touch and deadly to consume.

And, like the mythological goddess Persephone, it only blossoms in spring.

My love story started with a death.

With the sound of my soul shattering on the hospice floor like delicate china.

And Auntie Tilda, wilting inside her hospital bed, her breath rattling in her empty lungs like a penny.

I soaked her hospital gown with tears, clutching the fabric in my little fists, ignoring Momma’s soft pleas to get off her ill sister.

The cancer had spread to her lungs, liver, and kidneys, making it excruciating for my aunt to breathe. For the past few weeks, she’s slept sitting upright, falling in and out of consciousness.

At twelve, death was an abstract concept to me. Real, but also foreign and faraway. Something that happened in other families, to other people.

I understood what it meant now.

Auntie Tilda was never going to scoop me in her arms, pretending to strum her fingers on me like I was an air guitar again.

She’d never pick Belle and me up from school with Ziploc bags full of apple slices and strawberries whenever our parents worked long hours.

My aunt tucked wisps of blond curls behind my ear. Her eyes shimmered with sickness so tangible I could taste it on my tongue.

“But how?” I tugged at her gown, clinging to her promise. “How will I know you’re really here after your body is gone?”

“Just turn your face up, you silly goose. The sky will always be ours. That’s where we’ll meet, between the sunrays and the clouds.”

On hot, sticky summers, Auntie Tilda and I would lie on the grass by Charles River, cloud-spotting. The clouds came and went like passengers at a train station. First, we’d count them. Then we’d choose the funny-shaped, extra fluffy ones. Then we’d give them names.

While my older sister, Emmabelle, chased after squirrels, played soccer with the boys, and climbed trees, Auntie Tilda and I admired the sky.

“Will you give me a sign?” I pressed. “That you’re there in the sky? A lightning? Rain? Oh, I know! Maybe a pigeon can poop on me.”

Momma put her hand on my shoulder. In the words of my sister Belle—I needed to take a chill pill, and fast.

“Let’s make a deal,” my aunt suggested, laughing breathlessly. “As you know, clouds are more reliable than shooting stars. Common, but still magical. When the time comes and you grow up, ask for something you want—something you really want—when you see a lone cloud in the sky, and I will grant it to you. That’s how you’ll know I’m there watching. You only get one miracle, Persephone, so be careful what you wish for. But I promise, whatever your wish may be—I will grant it to you.”

I’d kept my Cloud Wish for eleven years, harboring it like a precious heirloom.

I didn’t use it when my grades slipped.

When Elliott Frasier came up with the nickname Pussyfanny Peen-rise sophomore year, and it stuck until graduation.

Not even when Dad got laid off and McDonald’s and hot water became rare luxuries.

In the end, I wasted the Cloud Wish in one, reckless moment.

On a doomed desire, a stupid crush, an unrequited lover.

On the man every media outlet in America referred to as The Villain.

I was drunk before noon the day my best friend, Sailor, got married.

Typically, I was fun-drunk. Responsible drunk. The kind of drunk who talked a little louder, snort-laughed, and danced like no one was watching, but also called an Uber, saved her friends from bad hookups, and never let anyone in my vicinity get a tattoo they were going to regret the next morning.

This time, I was crank-up-the-Enola-Gay plastered. The kind of hammered to end up in the hospital with an IV drip, an oopsie baby, and a criminal record.

There were a variety of reasons I was so drunk, and I would point all of them out if I were able to hold a steady finger in the air.