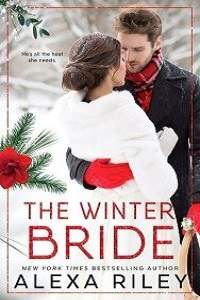 “Is that him?” Marley peers over my shoulder at the picture of my soon-to-be husband, and I nod. Most of the articles I’d found on Boone Adler were over a few years old. Except this one is from a few months ago.

Sure, there were tons of business articles on him but nothing with pictures and things about his personal life except this one. It’s for some benefit his company puts on each year to end world hunger. It was the first time he’d ever been spotted with a date. The gossip blogs here in Texas were all over it.

Boone Adler is a bit of a mystery to the elite here in Houston. A black sheep it seems from the things I could find. He wasn’t born into this world. His last name didn’t carry a weight to it. That will change, I’m sure, once he has his first heir. My stomach tightens at the realization that I might be the one to carry that heir.

Boone’s whole life changed when he struck black gold. That had done the man well, but what really put him on the map were his real estate ventures and his luck in the financial world. I personally don’t think it’s luck at all. The man is clearly brilliant, from all the articles about him I’d found and devoured. He might not show up in the gossip blogs, but his name is all over the finance news. What girl wouldn’t try to find out everything they could about the man they're supposed to marry within a matter of hours?

“Who’s the woman with him?” She leans in closer, her purple hair falling over my shoulder.

Why is bitter jealousy swirling inside of me? I shouldn’t care, but I’d be lying if I didn’t admit it hurts a bit to see him with her. She’s beautiful. To say she’s the opposite of me in every way is the understatement of the century.

“Of course it is.” I close the screen of my laptop, not wanting to look at them together any longer.

“We can run away,” Marley suggests.

I might have gone to fancy private schools, but my street smarts are zero. I am smart enough to know I’m naïve about the world, especially when it comes to men. The most I know about relationships is what I’ve read in the pages of romance books and from my parents. The last thing I’d ever want is my parents' marriage.

“I don’t know.” Marley falls back dramatically onto my bed.

Most things she does are dramatic. Marley and I became fast friends the first day I met her. That was because she bugged the heck out of me, intruding into my bedroom and making herself right at home. We were six at the time. Her mom Joan brought her to work one day. Joan watched over me and kept our home in order.

When Joan found her daughter in my bedroom, I knew she was in big trouble from the look she shot Marley, because I’d gotten that look a few times when I was doing something I wasn’t supposed to.

I don’t know why I’d rushed to say I’d invited her in and asked her to play when I’d found her odd and annoying at first. After her mom let her stay with me while she finished cleaning, Marley declared that we must be friends.

“You’ve really never met this man and you’re supposed to marry him? What if he sucks in bed or has a tiny dick?” Marley makes a horrified face. As if she knows what a bad lay is.

“We met once,” I admit. Our encounter lasted less than a minute.

“When?!” Marley pops up to sit on my bed, knocking one of my half-packed bags onto the floor. “Tell me everything.”

“There isn’t much to tell. I doubt he remembers it or put it together that day that I was Paul’s daughter. I’d been taking Beau out for a walk, and I wasn’t paying attention when I stepped off the elevator downstairs and I ran into him. He told me to watch where the fuck I was going.” I’d been looking down at my Kindle trying to finish the page I was on.

I’d run right into him. I don’t know how I’d missed the man to begin with because he was built like a freaking tank. He’d snapped at me before all but pushing me back off him. I’d almost fallen on my booty, but he reached out and grabbed my arm.

He stared down at me for a long moment, and I was sure he was going to tell me he was sorry, but nope. He went on to say something about how little girls shouldn’t be out wandering around the city alone.