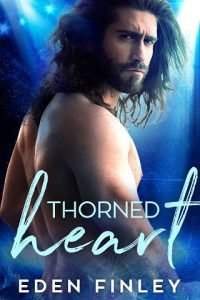 It’s never a good thing when I’m woken by my phone constantly going off.

What have my guys done now?

People think being a band manager is all glamor and the better parts of fame without being part of the spotlight.

They would be wrong. So wrong.

Not that I don’t love it. I do. Especially the guys from Cash Me Outside.

They work hard and play even harder, but it’s the playing part of the rock star lifestyle that makes my job an around-the-clock thing.

I reach for my phone on my bedside table and chant, “Please let Cash have run off with his fiancé to elope. Please let it be Greg or Jasper with the latest Instagram influencer. Please let this be news I don’t need to get out of bed for. Anything but—” I look at my screen and deflate “—fucking Seb.”

Words like “Nudes” and “Dick Pic” are splashed all over my screen.

Why does this shit always happen in the middle of the goddamn night?

I open my texts, and there are the words I really don’t like seeing from anyone in the band—I fucked up—but with Seb, it’s so much worse.

Because there’s my teeny tiny issue of being totally in love with the band’s lead guitarist, but that’s not exactly public knowledge.

The nightly jerk-off sessions while thinking of Sebastian Rose will always be my dirty little secret.

I’ve been a pillar of professionalism with each and every member of the band and don’t mention my love life to them at all. Hell, I don’t think they even know I’m bi. They’ve only seen me with women because I refuse to be a headline in entertainment news by taking a guy to any official events. I’m not going to come out and overshadow the band like that.

Also, I would never go there with a client. Not unless I knew it was going to be for real, and Seb doesn’t do real. Or serious. Or, hell, even temporary. He gives a new meaning to the phrase one-and-done. With him, it’s one-and-don’t-let-the-door-hit-your-ass-on-the-way-out. And that’s exactly how he gets himself in situations like this.

I stumble out of bed and put on sweats and a T-shirt, and then look at the calendar in my phone to work out what city we’re in and open the notes section to where I put the guys’ room numbers.

I’m out the door and in the elevator as fast as humanly possible. Only then do I let myself look at the leaked pictures so I know what I’m working with.

The more it happened, the angrier I got about not being the one on my knees for him.

I’d started interrupting earlier and earlier until it got to the point neither of them had gotten off yet. That only happened a couple of times before Seb stopped messaging me that he was going home with someone.

Maybe I shouldn’t have let my jealous side come out to play because if I hadn’t, maybe we wouldn’t be in this predicament. He would’ve texted me that he was with someone, and I could’ve interrupted and sent the jerk packing.

I wouldn’t be looking at very hot photos of a naked, sleeping Seb. They simultaneously turn me on while making me ragey. I turn my phone to the side. Dayyymn, his body is perfection.

Whoever sold these photos to TMZ deserves to have their nuts chopped off. I’d put them in a blender and make him a testicle smoothie with his own balls. Motherfucker, whoever it is.

There are two things working in Seb’s favor though. From a management perspective anyway. One, he has nothing to be ashamed about in the cock department. Even soft, it’s long and mouthwatering. Two, he’s a guy. A rock star no less. He’s openly gay, he doesn’t have a partner or husband, so the tabloids can’t claim he’s cheating, and the only scandal here is the photos themselves. This won’t do anything but boost his popularity.

Don’t get me started on the double standards between men and women in this industry. If Seb was a female, there’d be slut-shaming everywhere.

The only thing I’m worried about with this is Seb’s mental state. Seb’s tough on the outside. A snarky pain in my ass. He only shows his true side to the band, and even then, I don’t think Jasper and Greg get to see everything. He reserves that for his best friend Cash, the lead singer of the band, and occasionally me, but I have to catch him in a vulnerable moment for it to happen.