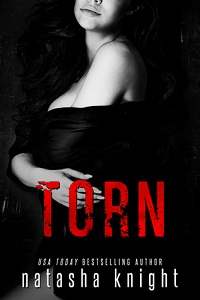 I can’t open my eyes.

It’s like a dream where you will yourself to wake, to escape, but you can’t wake up, and there is no escape.

Water drips somewhere nearby, behind me maybe. The sound echoes off the walls.

The stomach-turning scent of decay permeates this place and all I can think is I’m back on the island. I must be. And in that mausoleum.

They’ve buried me alive in that mausoleum.

The scene changes then, taking me back to the library, to where my sisters and I stood on our blocks. Where he took his time looking us over. Took his time as he decided.

I remember his eyes, the darkness inside them.

And I feel his touch, his fingers on me, on my sex.

And I remember my arousal.

I struggle against the memory and it changes again and I see my parents.

Much like our enemies, we Willows are a family plagued by lies and deceptions.

First, it was my parents who betrayed me. Sold me like a prize pig. Sebastian’s words, not mine. But it hardly matters who spoke them.

Then, it was Sebastian.

He told me to trust him, and I did. He told me he had a way out, and I believed him.

But he’s been lying all along.

And I’ve been a fool all along.

I dream of my aunt that night.

I always thought I’d know when she died. I thought I’d feel it. But she’s been gone for weeks and I haven’t felt a thing.

But in my dream, she’s young and beautiful. She’s holding my face in her hands and they’re soft, the skin no longer old, but like mine. Looking at her face is like looking in a mirror.

She was me seventy years ago. She was the Willow Girl. You could swap us out for one another, no one would know.

I am an exact replica of my aunt.

She’s smiling and watching me and all I can do is cry as I try to understand. To make sense of this.

“You have to be strong now, child.”

“I only stayed as long as I did to give you this, Helena.” She touches the ring, turns it on my finger. The bone is smooth and cool against my skin.

“They lie,” she says, turning her head a little, looking into the darkness beyond and I see the edge of something on the curve of her neck, a scar I’ve never seen before. “Never forget that.”

“What’s this?” I start, pushing the loose black sheath-like dress away.

She catches my hand to stop me.

“Look in the closet, Helena. In the floorboards.”

“The closet in the Willow Girl’s room. Look. You’ll understand.” She touches my ring. “Remember, we have a piece of them. Let that knowledge be your power. Let it give you strength. You’ll end this. You’ll be the last Willow Girl.”

She hugs me to her, cups the back of my head, and she’s old again and familiar again.

Noise startles us and she looks beyond me into the dark. I wonder if she can see inside it. I can’t.

“Our time is up, child. You remember I’m with you and the ghost of every Willow Girl is with you. You’ll end this.”

And before I can even say goodbye, before I can squeeze her one more time, she’s gone. Vanished. And the sudden noise is loud and makes my head throb.

I try to open my eyes, but they feel like they’re glued shut.

She must be kicking my bed because I’m jolted.

It’s Lucinda. I recognize her voice.

And a moment later, an instant before I can peel my eyes open, a splash of icy water drenches me, steals my breath and has me gasping for air.

I open my eyes, rubbing my face. My head throbs and I feel like I want to puke.

When I sit up, a wave of nausea almost has me falling over.

I’m on a bed, more like a cot, in the middle of a room or what was once a room, the smell that of damp and mold, like a place closed up for too long. A place damaged by water, old and forgotten.

I count the constant drops of water as my eyes adjust to the dim light and two figures come into focus.

Closer to me, holding the now empty bucket, stands Ethan. I’m grateful the light is dim because I don’t want to see the look in his eyes.

“Not laughing now, are you?” he asks, and I forget what Sebastian said about the accident that damaged him because right now, Ethan Scafoni scares the crap out of me.