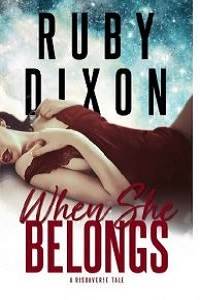 I never thought of myself as a particularly slow learner until I encountered alien technology. I stare at the sea of buttons and touch-pads in front of my chair on the bridge of the Little Sister, trying to recall my lessons.

“Can you pull up next to the ship?” Mathiras asks in a tense voice. He grabs his blaster and heads for the hatch, down the hall where the Sister will connect with the ship the pirate crew is currently trying to board and take over.

Kaspar jumps out of his seat, all eagerness and ready to help his brother with the invasion, but he pauses, waiting. He’s stuck with navigator duties, which means he doesn’t get to run in, blasters blazing. He looks over at me, waiting. If I can handle the nav stuff like their sister Zoey once did, he can join his brother. We both watch as Adiron follows after Mathiras, and then it’s just me and Kaspar on the bridge.

“Sure, no problem,” I lie. “Piece of cake.” I stare at the endless buttons, trying to remember which sequence produces the anti-grav hooks that will sink into the hull of the other ship and pull us against it. It would help if I knew the mesakkah language, but it’s all foreign to me. I tap one flashing red button experimentally and nothing happens. Fuck. Okay, that isn’t it. I look for another, maybe something with a latching sort of symbol?

It only makes me feel worse to think about how many times they’ve patiently showed me the controls, over and over again. I pull out my datapad, flipping through the notes I’ve taken, but there’s so many of them that I’m not sure where this particular one is buried, and that only adds to my stress.

“Sophie?” Mathiras calls through the comm channel. His voice is tight. “Are we pulling up next to the enemy ship or not?”

My mind blanks out. I don’t even remember how to get into the comm to reply. I fight back a whimper and stare hard at the boards in front of me, all lit up and looking equally important. Maybe inspiration will strike and I’ll suddenly remember.

Kaspar mutters something under his breath and dives into my station, pulling the panel toward him. I scrunch as low as I can in my seat, getting out of his way, and he taps at keys that look vaguely familiar. Right. That’s the sequence. There’s a low whirring sound and then an angry jolt of the Little Sister as we lock onto the larger ship we’re cruising next to. The big blue alien doesn’t even look over at me as he flips a switch and speaks into the comm. “We’re hooked. Heading your way for boarding.”

“I’m sorry,” I whisper, feeling completely out of my depths.

“You’ll get it,” he says, patting my shoulder absently. He moves back to his seat, shoves his blasters into his belt, and then bounds down the hall to join his brothers.

Then I’m alone on the bridge. I gaze around me at all the alien controls, wishing I could pick this up faster. Wishing that I didn’t feel like such a failure. Wishing that I felt like I belonged here, on the Little Sister. The va Sithai brothers have been nothing but kind, but I suspect they’re frustrated with how slowly I’m learning. Zoey picked things up quickly, I’ve been told. Zoey took to the controls like she was born to them. Zoey’s sharp and clever and has a wicked sense of humor.

And…I’m not Zoey. I don’t have a ten-year (or more) relationship with these men. I’ve been here a few months and they’ve patiently showed me the ropes—or tried to. Every day that I don’t carry my weight around here, I feel it more and more. I’m waiting for the day that they get sick of me. For when they get tired of having a human parasite hanging around and eating their food and not contributing. No matter how nice they are, there’s always the worry that they’re going to get rid of me.

The universe has taught me a lot over the last six years, but more than anything, it’s taught me that humans don’t belong in alien societies.

It doesn’t matter that we’re dragged, kicking and screaming, from our homes. It doesn’t matter that we don’t want to be here. Once we’re here, there’s no going back, and there’s no place that feels warm and welcoming. I hoped things would be different if I could learn to be crew here on the Little Sister. If I could pull my weight, earn a salary, contribute to the efforts of the others…

But it’s becoming more and more obvious to me that I can’t. And if I can’t, I don’t know what I’ll do.

I think of the offer Kim gave me months ago, to stay at her farm, to be her tenant. It was a kind offer, but her husband’s praxiian, and my last owner was praxiian. I’ve never hated cats more than I do right now, and I’m not sure I could be around her—or her mate—without losing my mind. At least the va Sithai brothers are mesakkah. They’re blue and horned and look a bit more like a cross between a Smurf and a devil…but they’re not praxiian, so being around them doesn’t trigger me.