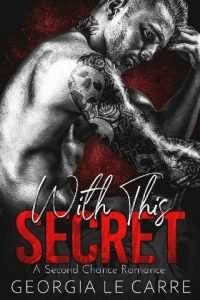 Help, I am about to do something insane, I wrote to my best friend, Aldie.

While I waited for her response to come into our chat room, my gaze fluttered above to reread what I’d just typed. I tapped my fingers impatiently on the desktop and wondered why I was waiting for her response when I didn’t really want her to talk me out of my intention.

Exiting the chat room, I pulled up his contact on my phone. The crazy message I’d just painstakingly crafted was there, still waiting for me to do something with it. Send or delete.

I glanced at the computer screen. Still no reply from her.

I took a deep breath and let my finger hover over the send button, but to my surprise, I couldn’t let my message fly off into the ether. It was the sound of a message from Aldie pinging its way into my computer that jolted me into action. She was going to ask me to delete the message. I knew then what I wanted to do. I said a silent desperate prayer, let my finger drop on the send button, then went after Aldie’s message.

She had a one word answer for me. What?

My fingers got busy. You’re too late. I’ve just told Levan that I’m in love with him.

Her reply was as instantaneous. You really used the word love?

I could feel my heart start sinking. Is that really bad?

The seconds ticked by without response, even though I could see my message had been read.

I hate you, I wrote.

She came back with a hysterically laughing emoji and a message. What did he say back?

I swallowed hard. He hasn’t responded yet.

I could picture her sighing. Paste what you wrote here.

I did as she asked and a couple of minutes passed with no reply from her. I wanted to strangle her.

ALDIE! I punched in.

She responded with a giggling emoji. Well, I guess, you were honest and a tad bit eager, but … at least you’re breaking out of your damn shell.

When Aldie used words like a tad bit, it was never a good thing. My nerves began to buzz with the very devastating possibility that I might have just sounded too desperate and blown up everything with Levan.

Do you think I should have waited? I asked anxiously. I know he is, you know, out of my league. He’s obviously from a very wealthy family. All those bodyguards hanging around outside the college gates. Not to mention we’re still not certain of who he is exactly.

Her reply was immediate. He’s not out of your league, babe. Yeah sure, he’s gorgeous as fuck and obviously wealthy, but you’re good enough for anyone, even him. Let’s just wait and see what he replies back, okay?

I closed my eyes for a second. Okay, let’s wait and see, and I know you think it’s too soon and we haven’t even had sex yet, but when you know, you know. And I’ve really fallen hard for him. Besides, I don’t want to play games. I hate that.

It took a bit longer for Aldie’s answer. It’s never a good idea to wear your heart on your sleeve or anywhere it can be easily trampled on. Men are class A bastards when they know you’re crazy about them. So just cool it, okay.

I didn’t tell her I thought I was already more than half way in love with Levan. Sadly, I wrote my reply to her. Okay. I will cool the ardor.

That’s my girl, she came back. I just got out of class, I’m hurrying to an open house in East Village, but I’ll stop by your bakery when I'm done.

Nah, my mom is working there today. I’m in the library, then I’m going home, I responded. I paused a moment then added hopefully, I’ll text you when he replies.

Cool. Can’t wait to hear what he says.

I waited and I waited, but Levan never called or wrote back. He literally disappeared into thin air. It hurt like mad, but I took full responsibility for the disaster. I had pathetically worn my heart on my sleeve, and he, being the bastard he was, had stomped all over it. I would never see his laughing gray eyes again. But that was okay. I was strong. I would harden my heart and get over him if it was the last thing I did.

I was sitting at the bar of a French seafood restaurant in Midtown Manhattan, and had just taken a sip of wine, when she emerged from the restroom area.

Doubling over in shock, I nearly choked on my wine.

My unguarded reaction immediately raised the alarm of the two men with me. They shot their gazes around instantly, searching for any signs of danger.

“Is there a problem?” Sergei asked in low urgent tones, his hand going to his concealed weapon.