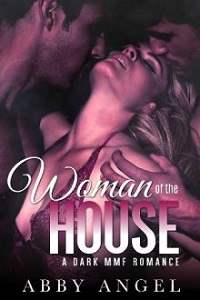 My name is Natalie Vanderhill, and I build sex toys for a living.

How’s that for an introduction? Short and sweet, right? Maybe you wouldn’t find it so sweet if you could see me now, hunched over another cardboard box as I prepare it for shipping. I’ve been packing countless toys since six in the morning, so don’t think all I do is sit back and count the money.

Still, I wouldn’t have it any other way. I’m in complete control of my life (and my finances) and that’s what matters. It’s funny how things go, though.

A few years ago I was another fresh face out of Stanford, ready to enter the high-rolling, dog-eat-dog world of finance. Which was exactly what I did; I packed my bags, grabbed a plane to New York City, and landed a job at one of these behemoth financial institutions.

It took me a week to figure out that I was heading in the wrong direction. Despite being attuned to detail (which means I know my way around a spreadsheet), and enjoying the responsibility of dealing with large sums of money, the world of finance was simply too hierarchical and slow moving for my tastes. I needed action and risk, and so I ended up becoming an entrepreneur.

It was a gradual change; during the days I kept working inside my small office cubicle like a good mindless drone, but during the nights I transformed into the Dirty Lil’ Angels CEO. It started more like a hobby, really—something to take my mind off how boring my day job was.

After three months of tinkering with a lot of sex toys—research has never been this fun, that much I can tell you—I started building my own prototypes. From there, it took me a few more months to become a full-time entrepreneur. Now, at 25 years old, I’m raking in more money that I’ve ever expected. Seriously. And all this while still working out of my own apartment.

“Okay, now that’s done,” I whisper to myself, piling the last box on top of the other ones. I look around the apartment, hands on my hips, and I realize that I’ll probably have to rent an office space and maybe hire some people. Business is booming, and I don’t think I can keep up if I do it all by myself.

It’s booming so much apparently, that I just got a major order from Penny Worlein Toys. They’re one of the largest distributors of direct marketed sex toys. And their order is roughly four times my annual volume.

I’m going to need an office. A manufacturing team. A factory. A crew.

I’m going to need financing. More than I have on my own.

Success. It comes with its own set of problems.

It seems like I tapped into some hidden market; women all around the world can’t have enough of what I produce. No wonder, though, my sex toys have pretty much revolutionized the industry. I have toys you can use while sexting, others you can use on a one-on-one sweaty session, and even a few geared toward women like me: voracious romance readers.

Stretching lazily, I saunter over to my balcony, the warm New York sunset painting the world with its sharp orange glow, and lie down on the patio recliner. Thank God it’s Summer; for a California girl like me, the winter cold here is almost intolerable.

Still, even though New York City isn’t a particularly warm city, the first thing I did when Dirty Lil’ Angels turned a profit was buy this apartment, and I chose it because of the large balcony. What better place to think about how awesome your life is than the top of the world? Because, right now, lying here while the New York denizens go about their daily lives hundreds of feet underneath me, I really feel like I’m on top of the world.

I reach for the table on the side, grab my Kindle, and power it up. Nothing better than a steamy read after a hard day’s work, wouldn’t you say? But there’s a trick to how I do my reading, and it has everything to do with the small box by my side. I reach for it, open it, and snag a small silvery bullet from the inside.

Now here’s the fun part: I bite on my lower lip, slide one hand under the hemline of my dress and take it all the way up to my thong. I flick it to the side and then sigh heavily as I push the small silver bullet inside my pussy.

I pair it wirelessly with my Kindle and then let the whole world around me fade away. The bullet inside me is so tiny I can barely feel it now, and that allows me to dive straight into the book I’m reading without getting distracted.

Now, you’re probably thinking that this isn’t as good as the real thing, right? Well, you’re wrong. My toys are top of the line, and I’ve tested them (intensively) to make sure that you can have as much fun with them as you’d have with a real man—perhaps even more. Okay, if you have one of these perfect men you seemingly only find in romance novels, my toys won’t quite cut it, but then again, these men only exist in fantasy land, right?