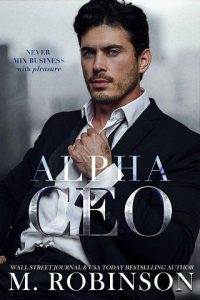 Three little words that left a gaping hole in my heart. I should’ve listened to my brother. I should’ve known this man would break me. He didn’t just tear me open, no… He shattered me into a million tiny pieces.

“You’re sorry?” I countered in a condescending tone. “What exactly are you sorry for, Julian? The fact that you not only pushed me away but also led me on all these years? Or is it the fact that you took my virginity, and now you’re telling me you’re sorry for it? Which is it? Because I honestly don’t know.”

“Kid, you know that’s not true. I’ve been back inside of you since I took your virginity months ago.”

I scoffed out, shaking my head in disgust. “That’s all you’ve ever seen me as. I’m just a kid to you.”

“You think I see you as a child?” He jerked back. Offended was an understatement. “For fuck’s sake! Your mouth’s been wrapped around my cock, Autumn, so your statement is full of shit.”

I couldn’t help but remember the first time he’d called me kid. I was six years old, and he was almost thirteen. Even back then I knew I loved him. There we were, almost thirteen years later, and I was no longer a little girl with a crush on her older brother’s best friend.

Now I was a woman who was madly in love with him instead.

It pained me to hear him say that. He sounded so unbelievably defeated which wasn’t in his nature. Julian was always determined in whatever he wanted, and he never backed down from a challenge.

“So what? Are we just supposed to pretend like you don’t love me?”

With the utmost sincere expression on his face, he argued, “I don’t love you, Autumn.”

I stumbled back, almost falling to the ground from his cruel response. “You don’t mean that.”

Our relationship wasn’t supposed to be this hard. Today was supposed to be Christian’s day. My brother was getting married, and I was in the wedding. We both were. Julian was the best man, standing tall beside my brother who was marrying the love of his life that he’d known since childhood. They were high school sweethearts.

Throughout the entire ceremony Julian and I cautiously locked eyes, and I wondered if his thoughts mirrored mine. Was he was envisioning us standing in front of all our family and friends, sharing our vows to one another?

Our love for each other?

I’d known Julian for as long as I could remember. He was always there, through thick and thin, my brother’s best friend. I should have been celebrating with everyone else at the reception, not wallowing in the illusions I’d made up in my mind of a future that existed only in my mind.

“I’ve never meant anything more in all my life.”

I didn’t know what to say or how to act. All I could do was feel this powerful pain spiraling inside of me. I closed my eyes as a single tear fell down the side of my face, reminding me of all the times I’d spent crying over him.

“Why are you doing this? Is it because I told you I loved you?”

“Autumn, you’ve been telling me you love me since you were almost seventeen years old.”

“Then why are you doing this? You at least owe me that.”

I would never forget the expression on his face when he confessed, “At Christian’s bachelor party last weekend, I fucked someone else, kid.”

She wrapped her arms around her torso in a comforting gesture while I waited to finally end us once and for all.

“Then why are you telling me?”

“I’m not good for you. I’ve never been good enough for you.”

“That didn’t stop you from sleeping with me, did it?”

“If anything, kid, you should be thankful it was me and not some boy in the back of his car who doesn’t even know how to make you come.”

“You know what I want. It’s what I’ve always wanted. It hasn’t changed, it never changes. You know it as much as I do. All I’ve ever wanted is you.”

I hated that she was speaking the truth.

“I want you to look me in the eyes and swear to me that you cheated on me, and you’re not just telling me that to push me away again.”

I debated for the last week if I was going to do this. If I truly had the strength to tell her this. I thought about it for hours on end, driving myself fucking insane with what the right or wrong thing to do was when it came to us.