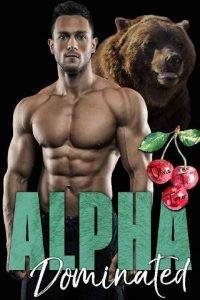 “How did you talk me into this?”

My stomach churns as we walk to the tiny rusted-up plane. I’d be worried about landing on those tires that look like they’re made of plastic if we weren’t jumping out of it in midair.

“We’re twenty, bitch!” Kindrie squeals as she wraps her arm around mine. “We’re indestructible!”

“I hope we’re not about to find out if that’s true,” I mutter under my breath as she pulls me to the plane.

I’m surrounded by my four friends and we’re all about to risk our lives (Kindrie’s idea) to celebrate our twentieth birthday.

We drove to this little mountain town in Montana this morning called Belgrade Springs and we’re spending the weekend here to celebrate. We’re staying at the inn in town and I guess going to the only bar they have.

The room had two double beds with a maximum of four people allowed and there were five of us. Somehow, I ended up in a room by myself while my four friends shared the other one. I don’t know how that’s fair, but I didn’t want to start a fight, so I let it slide even though it did hurt my feelings. If there’s someone who has to be left out, it’s always me.

Today, we’re parachuting, tomorrow, it’s either spending the day hungover lying in bed or lying in the local morgue if that rusty old plane has anything to say about it.

The pilot starts the engine and the prop begins turning loudly. The whole plane sounds like it’s being held together with duct tape.

I wave the thick black smoke out of my face and look around. “Where are the instructors?”

“This is the only place on the west coast that doesn’t require you to jump with an instructor strapped to your back.”

Kindrie high-fives Wendy like it’s something to be excited about.

“What are you so nervous about?” Wendy asks with a laugh. “Look at her, she’s so pale!”

I look around at all of the laughing faces and wonder why I’m the only one who’s nervous here. The office of this place was in a freaking barn, there are no instructors, and the plane looks like it broke down here on the way to the junkyard. Of course I’m freaking out!

“Here,” Kindrie says as she pulls out her flask. “Have some liquid courage.”

I take a deep breath as I grab the flask from her. It can’t hurt. It burns as I take a big disgusting gulp.

I still don’t feel any better.

“Let’s go!” the pilot shouts as he sticks his head out of the window.

Lindsay pulls out her phone and we all crowd together for a selfie beside the plane. We look like junkyard astronauts in these old gross suits. They all smell like wet dog.

Wendy, Lindsay, and Miley hop into the plane and I grab Kindrie before she follows them in.

“We’re going to be fine,” she says when she sees my face.

“I don’t know,” I say as my stomach groans. Maybe that shot wasn’t the best idea… “I have a bad feeling about this. Look at this place. It’s super sketchy. It looks like the set of a horror movie. How do we know there’s even parachutes in our packs? We could pull the string and blankets come out. Or nothing!”

I can tell she’s trying not to roll her eyes as she looks at me. Kindrie has always been the more adventurous one. She thinks nothing of walking up to cute guys in the bar and chatting them up. Every time she does that, all I want to do is sneak into the parking lot and go read in the car.

I’m waiting for her point, but it’s not coming. She’s just staring at me.

“I’m not sure that’s how it works,” I say as the girls take selfies inside the plane.

“That’s exactly how it works,” she says as she grabs my nasty jumpsuit and pulls me inside.

She slams the door closed and the pilot takes off before I can say a word.

The girls cheer and holler as I squeeze my eyes shut and pray that this thing is not going to explode during take-off.

The small plane is shaking like crazy as we roll down the dirt runway. The pilot looks like he’s sixteen. They took out all the other seats to make room for more jumpers so we’re all sitting on the vibrating floor.

“Oh shit,” I whisper as the pilot pulls back on the yoke and we rise into the air.

With no seatbelts, we all slide to the back, falling all over each other. My four friends are laughing. I’m not. I’m terrified.

This sucks so bad.

Finally, the plane levels off at a high altitude. My friends start taking photos of the clouds outside of the windows as I look around the cabin.