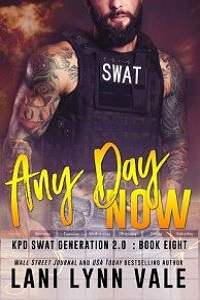 I don’t need a pool to get you wet.

I looked at my friend, Avery, and wanted to say no.

A thousand times no.

But, she didn’t ask me for stuff often.

In fact, I was honestly surprised that she was doing it now.

“What’s it for again?” I asked, not wanting to hear the words yet knowing that I had to ask.

“A college class that I’m taking. Photography. We’re supposed to come up with something unique, a photoshoot. It has to be fun, expressive, and emotional. We can do whatever we want. But, it’s a huge part of my grade. And, it’s of a personal nature. I just figured, with where you worked, you might be more okay with it than everyone else… plus, I don’t think that anybody else will do it. Or… more accurately, be allowed to do it.”

I frowned. “What do you mean?”

I ignored the part about ‘where I worked.’

Where I worked wasn’t bad.

I mean, working at a strip club as a bartender wasn’t bad.

I wore what I wanted, made good money doing it, and got the benefit of pissing my brothers and father off. Even more so than my schooling—a social worker.

They did not, I repeat, did not like the fact that I would be working with druggies—their words not mine.

They also did not like the fact that I hadn’t caved on any of their demands—i.e., finding a job that kept me safe, protected, and healthy at all times.

So, to defy them even more, I’d moved to Kilgore—where having one brother around was better than having a brother and a father—both of which were part of an MC that owned that town.

Sebastian and my father were part of one of the biggest motorcycle clubs in the country. They owned Benton, Louisiana—my hometown—and made it virtually impossible for me to live under their microscope.

In Kilgore, Texas I only had my eldest brother, Sam Mackenzie, to deal with. Also, I had James, my brother-in-law, but still better than a bossy, overprotective brother or father.

One was better than three.

At least, that was what I kept telling myself.

Luckily, Kilgore was close to my college, and it meant that I could go to school, work toward my master’s degree, and have the added benefit of having family around if I ever needed help.

But I liked to allow my alpha family members to think that I would have them in case I needed them.

“What do you mean by being allowed to do this?” I asked.

She looked like she didn’t want to tell me.

That’s when I knew it was bad.

“Spit it out,” I ordered as I squatted down and hefted the giant keg of beer into place.

Or, at least, I tried to. It wasn’t budging.

Mainly because I was five-foot-three, a hundred and fifteen pounds soaking wet, and barely had time to get a run in, let alone any squats.

Meaning, the ninety-pound keg wasn’t moving by itself. At least not today.

“Come around here and help me,” I ordered.

Avery did, walking around the bar of the strip club that I worked in and grabbing one side of the keg.

Together, we hefted it into place.

Then I got to work hooking up the connections.

I gave her a droll look before starting to line the glasses up the way I liked them.

Just as Avery was about to open her mouth and start explaining, the door to the bar opened and then banged shut, and I grinned.

“Meeting someone,” my dad’s friend, Lynn, and the owner of The Underground, Kilgore’s—or the outskirts of Kilgore’s—newest strip club, said.

Actually, it was an old club.

One that apparently Lynn had won off a guy in a poker game, decided he would like to turn it around, and had restored it to its vintage glory.

When he’d opened it a few months ago, I didn’t think he expected it to do as well as it did.

The door banged again, and Bruno walked in.

Bruno was someone I didn’t know all that well, but when I looked at him, I got the distinct feeling he was of the same caliber as Lynn and my father were.

I’d heard quite a bit about him over the course of my life, and I still hadn’t quite pinpointed what it was that he did—or didn’t—do.

Bruno was much the same.

And someone I tried to avoid at all costs. Not because he was creepy or anything, but just because he was kind of scary, and I tried not to get noticed because getting noticed led to my brothers and my dad poking their noses into my life when I didn’t want them to.