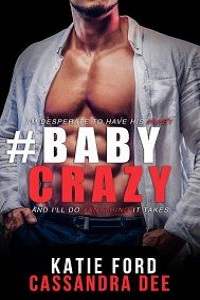 I eat my sandwich in silence, contemplating the boy as he slumps back nonchalantly, one of his muscled arms flung across the back of his chair. One finger flicks through his phone absentmindedly as his eyes scan left to right. He hasn’t looked at me once since we sat down, or even attempted any kind of conversation.

What are you doing with this guy, Fiona? the voice in my head asks, bewildered. Why would you date someone who ignores you at lunch?

But as I swallow bite after bite of my sandwich and continue scrutinizing him in silence, I know there’s no point in asking myself that question. I know the answer - Ricky Masterson is hot. Like, really hot. His tall, broad-shouldered frame is well-defined and muscled, and his strong jaw is covered with a dark stubble. He’s got piercing blue eyes and black hair that’s smoothed back casually. Ricky is well-dressed too. Walking down the street with him, I often catch other girls checking him out before they catch a glimpse of me at his side. I can almost see them trying to decode the puzzle in their heads: Why’s he with her? Can’t he do better?

It makes sense. I see perfect couples walking around together, and it looks right. It’s like seeing Ken and Barbie together. You don’t see Ken with a dumpy, chubby girl on his arm. You see him with a lithe, elegant swan, and not an ugly duckling like me.

So when Ricky showed interest in me at Kim’s party last year, I was over the moon. He was way out of my league, for one. Plus, the man seemed really into my huge tits and wide ass, and less focused on my soft rolls and wobbly thighs. We had this insane chemistry, and when he suggested we leave early together and go back to his, I didn’t hesitate.

The sex was incredible that night. His cock was enormous and even though he didn’t make me come, or cared much about making me come, I still enjoyed it. It made me feel wanted, even if that seems a little sad in hindsight.

But lately, it seems that Ricky’s pleasure is the only thing he cares about. That first night was actually the only time I got off, and it never happened again. Not that Ricky cares because he’s kind of a prick to be honest. Other than the physical aspect of our relationship, we don’t have that much in common. And even though we keep hanging out, it always goes down the same way: we meet up, we have a drink or a bite to eat, we go back to his, we have sex, and he comes like a volcano. I don’t come. Ever. Then he makes some excuse and the date’s over.

I keep thinking I should give it more time so we can get to know each other a little better. But at what point do you call it quits? This has been going on for a year now, and we never talk.

Just then Ricky looks up from his phone with a bored expression. Glancing at my plate, he snorts a laugh.

Ricky sits up in his chair, combing his hair back through his fingers. It’s an action that normally has me weak in the knees, but now, combined with the arrogant look on his face, takes on the connotation of an asshole.

“I can’t believe you ate the whole thing,” he smirks, gesturing at my plate, empty except for a few little crumbs. I’m dumbfounded. He takes the opportunity to continue berating me. “Good girls always leave at least half their meals on their plates, Fiona.”

He must be joking. But when the expression on his face remains scornful, I realize he’s being serious and I’m taken aback. What do I do?

I decide to go the sassy route and make a joke of it. After all, maybe I just missed the punchline.

“Good girls don’t like sandwiches, but I do!” I grin, hoping to make him laugh. Again, maybe I just misread him and he’s not actually being the prick I think he is. But unfortunately, this is no barrel of monkeys.

“I can see that,” he says with a meaningful glance at my body. “You’ve got a lot to spare.”