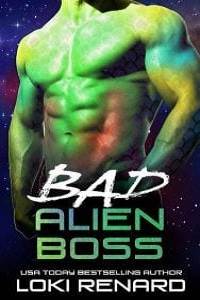 That is the diplomatic way of putting it. I loathe humans would be a term somewhat closer to being correct, though it’s a human word, and therefore completely inadequate, like everything to do with humans.

“I know you don't like humans,” my king says. “But you’re going to need one. My human is large with child and she is a taxation professional. We need somebody with a completely different skill set to do this job. You need an assistant, and not a warrior. Someone with clerical skills. Someone who likes making lists and checking them twice.”

“You would like me to abduct the concept of Santa Claus, sire?”

I am being the kind of sarcastic I can plausibly deny if Tyrant decides to lose patience with me. I owe my life, and my loyalty to my king. But I am the master of my domain as well, and that is a domain which has never, and will never contain a human if I can help it.

“I would like you to find a human assistant,” he repeats.

“Can we not find literally any other species to handle this?”

I would rather deal with a scythkin matriarch capable of tearing us all into pieces, than a human. Since the king brought his mate aboard, we have encountered nothing but misfortune. I cannot categorically say that everything has been her fault. But I also cannot say it hasn't not been her fault.

I do not know all the intricacies of King Tyrant’s decisions. Personally, I think he just likes humans now that he has taken one as his bride. And now that he has one, everybody else is supposed to want one. Many of the others on our vessel do. Humans have become fashionable. Which, again, is a human concept. They love trends, so they can follow them.

I have been forced to study humanity in an effort to understand the king’s obsession with them. So far, I have come up without a single working theory. It may be something to do with royal inbreeding. A defect in his genealogy somewhere which makes him susceptible to human hormones, perhaps. I have had his code tested with no obvious results, but that doesn’t mean there’s not something lurking. Or, I have to consider the other possibility: that he has fallen prey to a perversion which will forever corrupt the Essence royal line. There are whispers about the propriety of a royal baby being born to a human mother, but it is too late for the whispers to have any effect. The woman is burgeoning with his spawn.

There are rumors that he always wanted a human, that he had developed an obsession with the planet and its inhabitants long before he mated with his accountant. I would never allow such a shameful thing to be suggested in his presence.

But there can be no denying that he now favors the species, and he wishes to obtain more of them, under any pretext whatsoever, so his wife might have the companionship of her own kind. I can see the future, with a human enclave living in the royal realm. It is not the future I would choose, but kings may do as they please.

“Good. You may even end up falling in love, as I have.”

“I may also end up falling into a supernova and having every single cell in my body melted into its composite atoms.”

It is not my habit to be openly disrespectful to King Tyrant, but the notion of falling in love with a human is ridiculous. We are transcendent, iridescent beings of war attempting to rebuild our empire. Humans are meat bags with too many opinions. I do not find them attractive. I barely find them tolerable. But that is irrelevant.

My king used a recruitment agency when he chose his human employee. I do not have time for such nonsense. We need to return to our home planet and begin the arduous task of rebuilding all we have lost. Soldiers will need to be recruited, and then trained. New armies will have to be raised and supplied. We are a species at war, and a human is the last thing we need.

But King Tyrant says we need one, so I take a shuttle and I return to their spawning planet, where I choose the first human I see who is remotely suitable. There is little point in drawing this out. One person is very much like another in any sense that matters.

The female I spot has blue hair and appears to have pushed pieces of metal through the delicate tissue of her face. That indicates a penchant for pain, which will help her in her job. Without further thought or consideration, I reach down with our cosmic pincers and pluck her from the street.