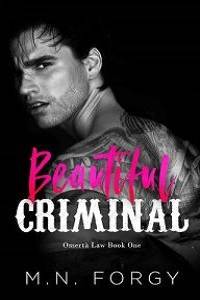 My small hands grip the splintered shovel handle a little tighter as I drive the head into the damp dirt. My palms are sweaty, making it harder to hold on to the tool causing it to tire me out. A grunt presses from my chest as I try to shake the soil loose and toss the crumbles up onto the ground which is now well above my head. Standing up straight, I barely see my dad who’s sitting on the bumper of our car, headlights blinding me in the midst of the dark night. My eyes shift to the bloody sheets wrapped around what looks like a body lying on the ground next to the grave I’m digging.

“Who is this guy anyway?” I ask out of breath. I’m not afraid or scared of what’s happening. I know if this guy is dead, it’s because he’s a bad guy. I know this guy being dead, he brought it on himself. My father always says, “I only hurt those that karma missed. Respect is earned and so is the calling of the Reaper.” Besides, fear isn’t a part of the life I’m built to lead.

Dad gives me a pointed look before removing the cigar from in between his lips. His suit without a wrinkle, and shoes without a speck of dirt, he is put together like this is another day at the office. I always look anywhere but in his eyes, because when I see those dark brown irises, it makes my stomach do weird things. The feeling reminds me of when I’m about to do something real dangerous and my stomach gets this sick feeling as if it’s a warning.

“Why’s it gotta be a guy, maybe it’s a woman?” he grumbles, pointing the cherry lit end of this cigar at me. “Just keep digging. Yeah?”

Shaking my head, I wipe my forehead of the sweat dripping in my eyes only to end up smudging dirt across my face. I huff and keep scraping the hard earth free of its dirt, but my eyes keep drifting to the body. It doesn’t look like it has boobs like a woman would, it has to be a man. I don’t dare ask a second time. If my father felt like sharing, he would have. No, I know enough to know it’s time to keep my head down and do the task at hand.

A foot steps onto the body, rolling it out of my sight.

Catching me staring at the dead person, my father yells, “I said keep diggin’!”

I do as I’m told, but I can’t help but notice him. I see my brother sitting in the passenger seat hunched over, puke caking the front of his new shirt mom just bought. His dark hair is matted down with sweat, and his face is pale. I want to climb out of the hole and check on him, but that would really piss our pops off. Dad had him down here helping me, but Romeo couldn’t handle the smell or the sight of blood and puked all over himself. Dad ripped him away from me and shoved him toward the car, cursing at him in Italian.

The smell or sight of the body doesn’t bother me, I don’t know why it doesn’t.

I’m more curious than anything. The questions swirl in my mind rather than fear about the lifeless body in front of me. I want to know who it is. I want to pull back the sheet and see if he was shot or beat to death. Is he all bloody? In my mind, I run over the many things he could have done wrong to earn his death.

That’s the difference between me and Romeo, he’s got a heart and I, well, I guess I don’t. He’ll see a bird fall from a nest in Central Park and take it home to nurse it back to health. I’d be more intrigued if I could climb the tree the bird fell out of, leaving the bird to fend for itself. If it’s out of the nest the mom probably pushed it out knowing it was a weakling or sick. It’s the circle of life. If it can’t survive now, it won’t ever.

I drop the shovel, out of breath. “Thank God,” I mutter. I flex my sore fingers, noticing a blister coming on between my thumb and index finger. I rub at it.

“Get the damn shovel!” Dad sneers, almost making me jump. I grab the tool and toss it out of the grave and then using both hands, I push up and grab onto the earth that is still intact to climb out. Managing to get mud and dirt all over me, including inside my shoes, I finally make it out.