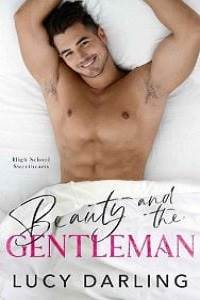 “You’re speeding,” my dad says from the passenger seat.

“How am I learning to drive from the man who never drives?” I say to fuck with him. He always has a driver.

“Why would I want to drive when I could be in the back seat with my hands all over your mom?”

“Seriously?” I groan, not wanting to hear that crap.

My parents have been married over ten years now, and they can’t keep their hands to themselves still after all this time. Well, actually they're not my biological parents, but they are all I’ve ever known. My parents died when I was still too little to really remember them.

I got sent to live with my Uncle Roman who married his wife, Fawn, a few weeks after I arrived. From my understanding, he blackmailed her into the marriage, but it seems things worked out for them. To me they are my parents since they are the ones that raised me. I got freaking lucky with them. I know all too well that not everyone has it as good as I do. I could have ended up in the system.

I slow down even though I don’t want to. My girl Faith texted me twenty minutes ago to meet her at Healing Homes. It’s a shelter for women and their children. Both our moms are big donors to the place and often work there. Even Faith had stayed at the shelter for a time when she was younger until Kennedy and Oz adopted her.

I’d fallen in love with my Faith the moment I laid eyes on her. At such a young age I had no freaking clue that’s what it was, but even back then I knew she was going to be my best friend. I was protective of her instantly. I knew she was going to be something special to me. So much so I’d even begged my parents to adopt her after her mom up and left her at the shelter.

They’d almost done it too, but my Faith had gotten close to one of the women at the shelter and she ended up going for custody of Faith and got it. She moved in down the road from us. We’ve been inseparable since—going from friends to everyone knowing she's my girl.

“Everything is fine, Ace,” Dad says, drawing my attention back to him.

“You know what’s going on?” I take my eyes off the road for a second to glance over at him. I can’t wait until I’m sixteen and can drive myself. It will make seeing Faith a whole lot easier.

“I always know what’s going on.” He shrugs.

I’m not shocked, being that he and Faith’s dad, Oz, are close. I don’t think they really have much of a choice since our moms are best friends. Which means all of us are always together. I love it because then I get to be with Faith all the time. We even spend the holidays together. It has worked out perfectly. Sometimes I think too perfectly. It’s as though I’m waiting for a shoe to drop or something.

“And you’re not going to clue me in?”

I know Faith better than I think she knows herself at times. Something is up. I could tell from her tone. I’m just not sure if it’s good or bad.

“We’re here already,” he responds as I pull into the parking lot. I toss him the keys before bolting out of the car and toward the front entrance to get buzzed in and go through the security protocols.

“She’s in the rec area,” Sherrie says as she lets me through the last door to enter the shelter. I pick up my pace, getting to the rec room in record time. I come up short when I enter and see Faith standing there. She’s got her arms wrapped around some punk covered in tattoos. He’s about my same size.

I’ve never seen him before. He shouldn’t even be here. Only women and children are allowed in the center or people that work here. I’m in motion before I realize what I’m doing. The only thing running through my mind is that she’s mine and no one is going to take her from me.

He sees me coming, releasing Faith and pushing her behind him. Who the fuck does this guy think he is? I’m going to make him pay for handling my girl like that. Trying to pull her away from me and block my path to her.

“Why the fuck you got your hands on my girl?”

“'Cause I want to.” He smirks. I know he’s itching for a fight when he says that. I’m more than willing to give it to him.

“Calm down, both of you…” I don’t catch the rest of what Faith is saying because I’m already in the process of throwing a punch. The asshole blocks it and throws one of his own, turning it into a full-on fight. One I plan to win.