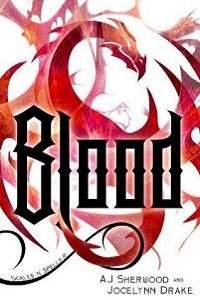 There’s tropes, and then there’s this book, Ravi has impulse issues, in Ravi’s defense he was left unsupervised, you’re only in trouble if you get caught, secret identity, only Ravi could have a meet-cute like this, Ravi attempts romance, it's bad, no its really really bad, thank god for it, bored mages get into stuff, mothers with an agenda, hurt/comfort, somehow the comfort part involves tacos, Ravi is a corruptive influence, Sora is a willing corruptee, chaos incarnate, protective mate, bad guys ramp it up to the next level, Sora has an ace up his sleeve, and is not afraid to use it, Bat-Ravi

Ravi stretched his wings. The May air was heavy with the smell of humans and pollution, but the wind carried teasing hints of rich earth, green leaves, and—even farther off—a sharp tang of snow on mountaintops. He longed to head higher into the sky, but he didn’t dare. The fog was thick enough that if he went too high up, he’d be in danger of crossing flight space. Too low, he would of course risk running into buildings. This was the optimum height for flight.

Normally, he wouldn’t be flying during the daylight hours when humans could see him, but Gunter was getting his panties in a twist over collecting more genealogical data on the Aldridge mage clan. The grumpy dragon had insisted he needed the information now, not tonight when it made more sense to be flying about.

In the past eleven months, the Burkhard fire dragons had acquired mages from three different clans. Not only had dragons found mates, but it had given them new avenues to search for other lost mages.

And new avenues of hope after five hundred years of having very little.

A mage was the only being who could be a true mate for a dragon. The only one who could give them baby dragons, saving them from eventual extinction.

Hence, Ravi flying around in his dragon form during the day with nothing more than a little fog to cover his bright blue scales.

Lisette, their clan’s head mage, had given him an amulet with a cloaking spell to keep him hidden, but it had run out of juice shortly after he’d reached London. This trip was supposed to be from Sonthofen to Amsterdam and back. Apparently, some of North’s ancestors from the Aldridge clan had made a pit stop in Amsterdam for a few decades before finally hopping a boat across the ocean for the U.S.

Not that Ravi blamed them. He was a fan of Amsterdam. Beautiful city and wonderful food. But the royal researcher had taken one look at the data Ravi had sent about the new mage’s family and immediately demanded Ravi travel to London.

Ravi had nearly beat his head against the old wooden table he’d been sitting at in the Amsterdam library. This was not his thing. He didn’t mind reading, but sorting through piles of old books, records, and microfiche—because so many of these old records had never been digitized—was melting his brain with boredom.

Yes, he wanted to find lost mages and bring them to his clan.

Yes, he wanted his fellow dragons to find mates.

Hell, he wanted a mate of his very own.

But why did it require so much boring research? He was more interested in the part where they flew in and told the mage that dragons were real. It didn’t hurt if they also got to kick a little Jaeggi butt, since they were threatening both mages and dragons, but that was a bonus in Ravi’s book.

Trips to find mages were still incredibly rare. So much research had to be done first. It wasn’t like they were going to stumble across a mage—like they had with Cameron—or have a mage tug on a dragon’s tail—like North had, though only magically speaking.

So, Ravi was helping Gunter with research.

Amsterdam had led to a tiny library in Chesterfield, England, and then another library in Northampton and then a much bigger library in London, where he thought he’d finally satisfied Gunter with enough data that he could come home. But as he was packing up for his stupidly early trek back to Germany, Gunter decided he should make one more quick stop in Paris.

Because, you know, why not? He was already in this part of Europe.

When he finally got home, Ravi was dragging Gunter out of his research dungeon and locking him outside the castle. Gunter would probably hiss and cringe away from the sun like a vampire. Yeah, that would torture the dragon.

Or maybe he’d sneak into Gunter’s library and reorganize all his books according to size, or maybe color.

Ravi amused himself with thoughts of torturing Gunter when he returned to Germany. He didn’t really mind assisting the effort to find and protect more mages, but he’d always imagined it would be more in the vein of what his fellow retainers and friends, Baldewin and Warin, had done. They were sent to meet mages. They fought the evil Jaeggi clan and protected their clanmates.