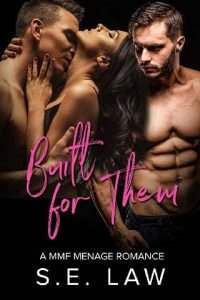 My friend Carly twirls her hair around her pencil.

“Hmm,” she muses. “This could be fun. What are the things you want to do before you die?”

I make a face at her.

“Carly, we’re only twenty-two. Why do you have to be so morbid? Dying is really far away.”

“You’re right,” she says. “Let’s not say before we die. Let’s say before we hit thirty. I mean, people who are thirty are practically geriatric by then. I hear that’s when you start getting wrinkles and gray hair.”

I shake my head at her.

“Carly, I’m already starting to get a couple of greys. Look,” I say, taking a lock of my blonde hair in hand and separating the strands to show her. “See? Here’s one right here.”

My friends merely phhs! through her teeth.

“Amy, you’re so blonde that your hair is a pale gold. No one can even tell if you have white hairs. Plus, it looks good, like Daenerys Targaryen from Game of Thrones. I heard lots of girls are dying their hair white to try and look like Daenerys.”

I scrunch my nose.

“I heard Katie McMillan over in Delta Tau Rho bleached her hair in order to achieve that white look. Also, Jessica Chen from Mu Nu Nu did the same.”

I stare at her, flabbergasted.

“But Jessica Chen is Asian! How in the world did she get her hair a pale blonde? She must have gone from a really dark, inky black to almost white. How is that even possible?”

“Who knows? Industrial strength bleach, I guess. It’s probably caustic as hell, but trust me, it worked. I saw her two weeks ago, and Jessica has a really model-esque, editorial look to her now. Plus, she’s dating Cal Baxter, who actually looks like Khal Drogo from Game of Thrones. You know, that huge beast of a man played by Jason Momoa. Mmmmm.”

A hot shiver runs down my spine. I don’t watch Game of Thrones, but I definitely know who Jason Momoa is, and that guy is H-O-T. I’d love to be locked up in a cage with him, if it means he’ll ravish me while making the cage walls shake.

Carly shoots me a knowing look.

“Oh yeah, girl. Jessica’s got her man, and it’s her hair that worked the magic. I bet bagging a Jason Momoa-type was on her bucket list, and that’s why she did it. Beauty is pain,” she adds loftily. But then Carly turns to me with a sassy smile. “So what’s on your bucket list?” my friend prompts. “It can be anything. Let your imagination go wild.”

I chew on my pen.

“I want to get a dog,” I say matter-of-factly. “My mom and dad were so strict growing up, so we could never get pets. They said since we have five kids in the family, dogs and cats would just be another hindrance to traveling. So I want to get a dog before I’m thirty. Maybe one of those designer ones with the weird names like Goldendoodle or Yorkie-poo.”

But instead of nodding and jotting that down, Carly merely lets out another huge sigh. We’re sprawled on her dorm room bed, and she rolls her eyes before practically throwing her book across the room in exasperation.

“Are you kidding, girlfriend?” she asks.

I stare at her.

“No, why? I’ve always wanted a dog, ever since I was little. I’m a dog person, and not a cat one. I hear there’s even a café near campus that just opened where you can bring your dog inside. That’s not very common because of hygiene standards and city health restrictions.”

Carly merely narrows her eyes at me again, her gaze practically shooting daggers.

“Are you for real?” she finally manages. “Seriously?”

“Yes, of course. Why, do you hate dogs? Are you allergic?”

“No, but sometimes you’re just so boring, Amy. Honestly, we’re making a bucket list of things to do before we hit thirty, and you’re talking about getting a pet dog? What’s wrong with you?”

I shoot her a puzzled look.

“Well, it’s something I’ve always wanted! We’re living in the dorms now, so it’s not like I can get one. It’s a real goal to shoot for, and to make things even better, it’s attainable. It’s not like I’m looking to walk on the moon or something.”

Carly just rolls her eyes and shakes her head again.

“Seriously, you must be the most boring person at NYU.”

I sit up straight.

Carly purses her lips and thinks for a moment.

“I want to hire a male escort from that place that all the girls use. What was it called again? Oh yeah. Hot Nights NYC.”

I wrinkle my nose at her.

“Okay, now I know that I’m not the crazy one. Are you for real? A male escort? Like the kind that dance around on stage and such, with oiled up muscles? Yech! That’s so gross.”