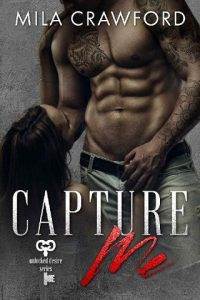 I feel the blow before I hear a slap across my face. Could have been worse. It could have been a punch. Those fuckers really hurt, especially coming from a dude almost three times my size.

The fat one grabs me by the hair, dragging me before he shoves me on the stain-covered couch and sneers. “You have a big fuckin’ mouth for a dumb bitch.” His hands move down to the zipper of his pants, and I close my eyes.

Out of all the shit I’ve gone through in my life, the one thing I thought I’d escape was rape, but apparently God or whoever the fuck is watching out for me shat the bed on this, too. “Don’t bother with the lube, ’cause based on the size of that thing, I’ll barely feel it.”

That did it. The guy glares at me, one fist raised in the air. It is hilarious to see him charging at me with his pants falling down his legs. “You little bitch… I’m gonna teach you a lesson you’ll never forget.”

“With your fists, right? ’Cause that cock of yours looks pretty forgettable.”

Another sneer escapes his lips as he tugs at my hair, pulling so hard that my scalp is on fire.

“I might be into some kinky shit, but buddy, take a lesson because you aren’t doing it right.”

“I’m gonna make you choke to death on my cock.”

Over my dead body. I purse my lips, preparing myself to fucking die before I let the fucker put his dirty dick in my mouth.

“I’ve got other methods to pry your mouth open. Boys!”

The two guys who are sitting on the sidelines get up, finally ready to join the game. The younger one glances at me before looking away, almost as if he is trying to say sorry. Not sorry enough to do something about my impending rape, though.

The other one—the tall, skinny one with zits covering his entire face—looks more callous. His dead eyes glint as his lips form a smile. “Maybe we should stuff all her holes and give her a real good time.”

“The fuck you will,” a deep voice blares into the room.

I can’t stop smiling as the color in the fat one’s face drains, making him appear like a ghost. He glares at me, getting ahold of his betraying face before anyone else witnessed the fear lingering in his eyes. That is the thing with wannabe predators like this guy. He can’t really stand the test against someone who actually exudes power. My father is like this piece of shit—a weak, callous man child who preys on those weaker just so he can feel like he has some control in his pathetic life. I should know. I was his second favorite victim, my mother his first.

“This isn’t any concern of yours, Enzo. The deal was that we’d hand her to you unharmed. You see any cuts on her pretty little body?” His lizard tongue slashes out as he licks his bottom lips.

The man called Enzo is huge—like linebacker huge—all muscle, and his face looks like a good ol’ schoolboy, clean cut, chiseled, and something that most women would chase after and most men would fear. The three-piece suit he is wearing looks like something straight out of a French runway. It doesn’t even make sense to find a man who looks like him in a dive like this, but oddly, he looks like he could blend anywhere.

His posture is completely casual, as if he doesn’t have a care in the world, but his dark eyes appear like black pools ready to unleash all kinds of hell. If it was possible to stare into the eyes of the devil, it would be this man’s—dark, callous, and void of all emotion. His massive hand fidgets with a silver Zippo, the flame flickering on and off, a switch controlled only by him and no one else. “Look at me Luc.”

Guess the fat one’s name is Luc. His body stiffens and his pale blue eyes go white, his hand drops from his tiny pecker, and he stumbles, trying to pull up his pants pooled at his feet.

Enzo pushes off the wall. His slow movements are captivating. For such a massive man, he moves with such fluid beauty, like a gazelle. I’m caught in some sort of trance and can’t look away. “Don’t bother lifting your pants.”

Luc smiles, and my heart drops. Fuck. He’s going to join him. Not only am I going to get raped, but it will be by a gang. I might have some fucked-up sexual desires, but this one isn’t on the list.

Enzo pins me with his stare. His lips curve into a vicious smile. One meant to frighten, not reassure. He bends down, his knuckles caressing the same spot Luc hit, the soft touch a juxtaposition with the anger-filled look in his eyes. “You can get off that dirty couch.”