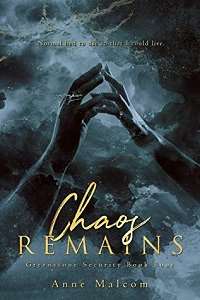 I’m not a person who panics.

Not when I found my father after he’d overdosed when I was seven years old. I calmly called 911 and followed their instructions until an ambulance arrived.

Not on my wedding day when a hurricane ruined our ceremony on the beach.

Not when my water broke in the middle of an important event for my father-in-law and I had to grit my teeth and wait for him to finish his speech before I was taken to the hospital.

Not even when my husband hit me for the first time.

And especially not when I finally found my backbone underneath fractured ribs and escaped the beautiful house that had become my prison, with my two-year-old and not much else.

But now, I was panicking.

Veering in and out of traffic.

Scrolling frantically through my phone while simultaneously glancing up at the road.

Never would I be on my phone and drive. Never. Because I usually had my son in the car. His safety was everything to me and I wouldn’t dream of risking it that way.

But my son wasn’t in the car.

Which was why I was panicking.

Because my abusive, soon-to-be-ex-husband, also detective and son of a senator, kidnapped my son.

And I didn’t know where he was.

I didn’t know where my son was.

A fist fastened around my lungs, air coming strangled, in short, quick bursts.

At the same time, a location popped up on my phone and I veered across three lanes of traffic at the last minute to get to my exit.

I prayed that I didn’t get pulled over as I sped through the streets of LA. Most people would have been happy to see the flashing blue and red lights behind them after their son was kidnapped by his abusive father. I was not most people in this situation.

And the police had proved to be worth less than nothing.

“So you don’t have primary custody of your son, ma’am,” the officer said, looking bored, and hardened to my distress.

The police in the precinct had originally been concerned and responsive when I rushed in there to inform them that my son had been kidnapped. That was until they found out he was kidnapped by his father. No, that was after they found out who his father was.

Their demeanor immediately changed then.

Much like the officers had in our old hometown when I went in to report the abuse.

No, that wasn’t quite right.

Police generally protected their own. I already had that against me. But when one of their own was the son of a state senator who could end their careers with one phone call?

That was something entirely different.

With me, broken and brutalized, it sucked but I understood it. Because I’d had countless lessons of how hard, cruel, and unfair the world was. I didn’t grow up with the illusion that life was full of justice for those who wronged others. I knew all about the ugly truths.

I had been frustrated but resigned when they turned me away after I finally found enough courage to report what had been then, years of abuse. I was resigned to the fact the police wouldn’t help me, and, like always, I’d have to help myself. My son.

But this was different.

This was a child.

And still, the officer was looking at me with that bored, hardened expression.

“I have full custody,” I gritted out, my nails digging into my palms as I tried to stay calm. How does anyone stay calm when they didn’t know where their baby was?

“Given to you by the courts?” he asked.

Tears prickled the backs of my eyes, I didn’t let them fall. Not just because I wasn’t sure I’d be able to stop them if I did, but because I wouldn’t give this man that. This horrible man that was clutching onto a distorted version of brotherhood at the expense of a child.

“No,” I said, my voice shaky but strong. “Up until today, his father had no interest in even fighting for custody. He has not been in his life in three years.”

I wish I could say he had not been in my life for as long, but his visit yesterday made that impossible. I should have known that something would happen after. That he wouldn’t just leave me alone.

The officer glanced at me without sympathy. “A father has a right to see his child, ma’am. And if he hasn’t got a court document barring him from contact, he is within his rights to pick him up from school.”

“He didn’t just pick him up from school,” I hissed. “He took him. Not because he is a father. Because he is a monster. He wanted to hurt me. He is a violent man. A dangerous one. I don’t give a damn about the fact he has a badge just as shiny as yours, and you shouldn’t either. Not when a little boy is in danger.”