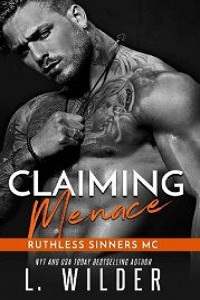 I didn’t set out to be a hacker. I was just a kid messing around with shit that I had no business messing around with. I never really had to work at it; the whole thing simply came naturally to me. I could sit down at that computer and do just about anything, but for the most part, my endeavors were harmless. It was just some basic stuff really: a few upgrades to my computer system, changes to grades and absences at school, and the occasional peek into other people’s personal accounts. For years, my shenanigans had gone unnoticed by the outside world, but that all changed when I found myself backed into a corner with no way out—and all because of some chick.

I was at a party with a group of kids who were up to no good, and I was right there in the thick of it. The house was filled with loud music, a couple of kegs and liquor galore. There were hot chicks all over the place, and that suited me just fine. I was nineteen with only one thing on my mind—getting laid. I had my eyes set on Katie the second she walked through the door. I knew her from high school, but we’d never really talked. She was younger, and we ran in different circles, but that wasn’t going to stop me from making a play for her, not when she looked like my next wet dream. Katie was wearing a short baby-blue summer dress that barely covered her large, voluptuous breasts and didn’t seem to give a fuck. She was sporting that fucking thing like it was made for her, and when she looked over at me with those smoking-hot green eyes, I knew I had to have her.

I played it cool, hanging back and drinking my beer as I watched and listened to Katie carry on with her little crew of friends. I was waiting for my in—that perfect opportunity to start up a conversation with her—and finally got it the second I heard her mention a speeding ticket she’d gotten earlier in the week. There was no missing the worry in her voice as she told her friend, Candace, “Mom is gonna freak! She’s always complaining about how high my car insurance is, and now, it’s gonna be even higher.”

“It won’t be as bad as you think,” Candace said while offering her another drink. “Don’t worry about that right now. We’re here to have a good time.”

“How can I not worry? She’s gonna take my car away and probably ground me until the end of time.”

“Your mom is a hardass, I’ll give you that, but there’s nothing you can do about it right now.” Candace took a big gulp from her red plastic cup and glanced around the room. “Besides, there are some really hot guys here who’ll be glad to help you forget all about that stupid ticket.”

“Come on, Katie. Give it a rest! I’ve been listening to you gripe about this damn ticket for days. I don’t want to hear it anymore.” She took another hefty drink, then announced, “I’m here to party, and that’s what I plan to do. You can either join me or just sit here and pout.”

I saw my opening, so I took it. Before Katie had a chance to respond to her irritated friend, I eased over to them and announced, “You know, I could help you out with that ticket of yours.”

“What?” Katie asked, sounding intrigued. “How?”

“I can make the entire thing disappear.”

“Absolutely.” I motioned my head towards the house. “Why don’t you come back to the bedroom, and I’ll show you.”

“You don’t really expect me to fall for that, do you?”

“Not trying to get in your pants, Katie,” I lied. “Landon’s computer is in his bedroom. I’ll need it to take care of the ticket.”

Landon was one of our mutual friends, and the host of our little gathering. I could tell I was getting through to her when she smiled and muttered, “Oh.”

“Why don’t you refill that drink of yours and come watch the magic?”

“Okay.” She nodded her pretty little head, then stepped over to the keg and started filling her cup. Once she’d topped it off, she smiled and said, “All set.”

I led her through the crowd and down the hall to Landon’s bedroom. He and I had been friends for years. Landon used the same damn password for everything, so I knew I wouldn’t have any problem getting into his laptop. We stepped into his room, and I closed the door then made my way over to his desk. With Katie hovering behind me, I turned on his laptop and entered the password. Just as I’d hoped, it worked, and I was minutes away from impressing my latest conquest. I hadn’t been at it long when Katie placed her hand on my shoulder and asked, “Do you really think you can make my ticket disappear?”