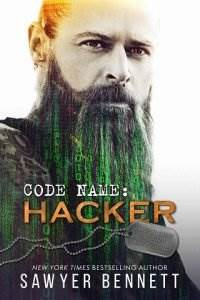 Even though the moon is at its fullest and brightest, there’s enough cloud cover for me to stand at the edge of the woods behind the woman’s house without being noticed. She lives about twenty miles north of the city of Pittsburgh in a little town called Cranberry.

I’ve learned a bit about her because I’ve been watching her for a few days. Her home is not modest. Cranberry is not as quaint as the name might infer, but affluent. Her house is a four-thousand-square-foot dwelling all done in gray brick with cream shutters and a manicured lawn. The suburban lifestyle is at odds with her day job, which I haven’t quite figured out yet. When I followed her to work, she disappeared into an abandoned warehouse in a rundown section of Pittsburgh where she stayed until the evening commute home.

She’s in her kitchen now, the window facing outward to her backyard. There’s a massive child’s playset in it that includes a slide, swings, fort, and a climbing wall. Her kid is too old for it, and he never uses it. He does like to tromp through the woods, though. His trail leads down to a tiny creek where he valiantly tries to fish, but he comes up empty-handed because he doesn’t know what he’s doing. He clearly needs someone to show him a thing or two.

I study the woman, wondering how someone so pretty ended up in such a bad mess. She’s petite, almost delicate, with exquisite bone structure. Her hair is so black it glints almost blue under the kitchen lighting. While the exact color of her eyes is not discernable from this distance, they are pale against the darkness of her hair. It makes her seem almost ethereal. Contrast that with the tattoos she has down her arms, and it adds an element of toughness in the way she holds herself. A steel spine is how I’d describe it.

She has tattoos in other places, too—ribs, legs, and back. I don’t know that from watching her, though.

It’s in the file back in my hotel room.

When I’d received it from my boss, it had been fairly thin and contained a photo that doesn’t remotely resemble the woman I see now. She was young, in her early twenties, with bleached-blond hair cut extremely short, but she has one of those faces made for that style. There had even been a diamond stud in her nose, a ring in her lip, and a barbell through an eyebrow.

Blue. Pale, icy blue is the actual color of her eyes. I can’t quite see them through the cover of night, but they’d been vivid in that photo.

It was a prison photo, no doubt, and right below was a list of the tattoos she had with more close-up photos attached. They were meant to be used to identify her.

I was given her name, which is Bebe Grimshaw—formally known as Brianna Belle Grimshaw—and told to find her. My boss had heard through his underground network of black-market contacts that she was in the Pittsburgh area. With a little digging, I’d found her through the real estate tax records here in Cranberry.

I’m not the kind of employee—thug, muscle, hired help, or whatever—who does a half-assed job. I fleshed out the file I’d been given with some research of my own. Turns out Bebe Grimshaw had more of a colorful past than I ever could have imagined.

About eight years ago, she pled guilty to cyber-espionage charges leveled against her by the federal government. Seems the little fairy waif is incredibly talented at hacking, and she’d managed to pilfer nuclear codes that were in turn going to be sold to the Chinese. While that makes her far more interesting than the suburban single mom of a young boy who lives with her mother, what really interests me was how she refused to name any of her co-conspirators and was the lone person to take the fall for the crime.

She was sentenced to thirty-five years in prison.

Most would wonder how in the hell she’s now living a quiet life in Cranberry, Pennsylvania, but I’m fairly sure I know the answer.

Given the things I’ve seen during the past two years of working for my boss, I’m going to take a pretty good guess he was involved in the nuclear-code hack.

As if thinking about the man procures him into reality, the phone in my pocket starts vibrating. I step several feet back into the tree line before turning my back on the Grimshaw home so the glow of my cell doesn’t catch Bebe’s interest while she finishes the dinner dishes.

The man’s name is programmed into my contacts as simply AB, which stands for Anatoly Bogachev. Despite his Russian heritage, he was raised in the Brighton Beach portion of Brooklyn and has no discernable trace of his motherland accent.