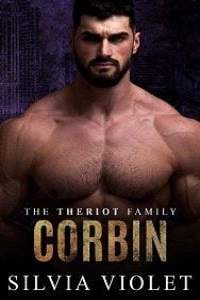 I pulled my luxury SUV into the parking lot of Beau’s Body Shop. Several men in dirty coveralls looked up when I hopped out. I was making a spectacle of myself in a tan bespoke suit and thousand-dollar shoes, and I enjoyed the fuck out of it. I had money. My family had power, and I got off on letting everyone know. My family didn’t put much stock in my abilities, so I had to get attention where I could.

Remington, my oldest brother and the acting head of the family, had sent me to pick up the SUV he’d wrecked a few nights ago. Beau, the shop owner, had made some alterations to the vehicle when Remington first acquired it, making it faster and tougher, but it still couldn’t withstand my brother running it into a dumpster without taking some damage.

The shop was on a mostly residential street in P-Town, and the office building was an old house. Beau lived in an apartment on the second floor. I crossed the porch to the door marked Customer Entrance and pulled it open, gesturing for a woman with a baby on her hip and a preschooler hanging onto her skirt to come out first.

She gave me a startled smile. “Thank you.”

“No problem, ma’am.” I reached down and picked up a mermaid doll the little girl had dropped. “You don’t want to forget this.”

The woman sighed. “She’s already dropped it about ten times today. She took the doll from me and handed it to her daughter. “Jeanie Sue, you’ve got to do a better job keeping up with your doll.”

“Have a good day,” I called as I stepped into the shop. She gave me a tired smile, and just watching her made my day better. So Remington had sent me on another shit errand. Fine. I’d get it over with, then go have some fun.

I’d never been to Beau’s shop before. All I knew about him was that he was a damn fine mechanic. Remington had cut a deal that had gotten Beau out of prison but required him to assist us with the automotive side of our family business.

There were a few plastic chairs in the small lobby, which was decorated with posters advertising tires, radiators, and other equipment. The white paint on the high wooden counter was peeling in multiple places. The interior was unimpressive, unlike the man who greeted me.

I wanted to climb on the counter and unzip him all the way down. Instead, I pulled off my shades and held out my hand. “Corbin Theriot. I’m here to pick up my brother’s car.”

The man raised his brows and looked me up and down. It wasn’t a favorable look. At best, it was dismissive, and at worst, disappointed. “I need a little more information than that. I know a lot of Theriots.”

I was certain he knew who I was. “I’m not here to play games. My brother Remington’s vehicle needed some work. I’m here to pick it up. Have someone bring it around.”

He snorted. “I’m not a valet. I’m a mechanic, a specialized one, and I haven’t finished with your brother’s car yet. I’ll call him when it’s ready.”

“He needs it today.”

“I’ve got a lot of people that need a lot of things today.” He tried to dismiss me by turning back to the paperwork laid out on the counter.

“Maybe you’re forgetting exactly who my brother is.”

He looked up and held my gaze. “I know exactly who your brother is, and he’s not my only customer. I’ve paid my debt to him, and now I put him on the schedule just like anybody else.”

I shook my head. “That’s not how this works.”

“Boy, I’m not sure you’re old enough to know how anything works. If Remington has a problem with my work, he can talk to me himself instead of sending his baby brother.”

Heat rushed to my face, and I clenched my fists. “I’m a member of the Theriot family, and if Remington says you’re to deal with me, then I’m the one you’ll deal with.”

“Really? Do you want to rethink speaking to me like that?” Beau started to move around the counter, and I wanted to kick myself. I’d meant to sound as commanding as Remy always did, but I’d come off sounding more like the spoiled brat he always accused me of being. Once again, my mouth had gotten me in trouble. Beau had to be at least six four and well over two hundred pounds of muscle. I was strong for my size, but my lean five-foot-ten-inch frame wouldn’t stand a chance against him in a fistfight, and there would be hell to pay if I shot him.