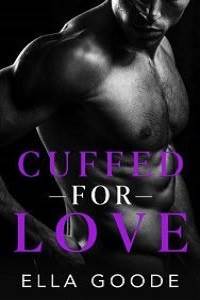 “What are you paying me for helping you move?” my brother, Mick, asks as we lug my weight machine into the spare bedroom.

“The brother tax.” I motion for him to drop his end. After he does, I lower my side to the ground and step back to look at the setup.

“And what’s that again in terms of real dollars?”

“One? As in singular?” he squawks in protest.

I give the metal support a pat and jerk my head to the door. “I guess I can spring for two. Let’s go and get some.”

Mick shuffles his six-foot frame out the door, muttering under his breath about how ungrateful I was and how he should have drowned me in the toilet when we were toddlers.

“You mean the last time you were taller than me?” I clap a hand on his shoulder and give it a tight, painful, brotherly squeeze.

He shrugs me off. Mick might be four inches shorter, but he’s solid. “What are you talking about with this revisionist shit? You were a shrimp until the eighth grade. I have the pictures to prove it.”

“I have no memory of that. Pretty sure I didn’t even exist until the eighth grade. I launched, fully grown, into the world at the age of twelve,” I declare.

“You were launched full up on bullshit,” Mick agrees. When we arrive in the kitchen, he heads straight to the fridge and pulls out the last two beers. “I can’t believe all you bought was a six-pack.”

“Bells said not to get you drunk.”

He grumbles about his balls and a vise, but I know he’s not serious. The man is head over heels in love with his wife. He’s just venting because she’s been having a tough pregnancy and is spending most of her days lying down with her feet up. It’s driving both of them nuts. She called me earlier and begged me to keep Mick occupied. If I have to listen to him ask me one more time if I need anything, I’m going to poison his coffee.

For the sake of marital peace, I went and bought a six-pack of his favorite microbrew and some brats to cook on the grill. We already ate the brats for lunch, and there’s only two beers left, but it’s nearing five so I feel like I kept my end of the bargain up. Bells just needs to deliver her baby safely and we’ll be square.

Mick uncaps his beer and leans a hip against the counter, staring out the window glumly. I shouldn’t have brought up Bells. I give myself an internal knock on the head.

“Right now?” I ask as I’m in the middle of trying to drink my very last beer. I should have bought more, but Bells told me no more than six, and I can’t really disobey her since she’s pregnant and all. Pregnant women are scary as shit.

I push away from the fridge and join Mick at the counter where I, too, can stare out the window over my sink. I hadn’t realized it before, but the house next door has a window that is about the same position as mine, and given that there’s a faucet peeking above the sill, I’m guessing that I’m looking at her kitchen. My neighbor drops her purse on a counter and then lifts her arms above her head to unclip her hair. It falls like a waterfall around her shoulders and down her back.

Mick pounds me on the back and I realize I’ve started choking on my beer. “I mean, she’s nice looking and all but you need to learn to breathe, little brother,” he jokes.

I clear my throat but “uh huh” is all I can muster since my neighbor has turned to the window. She’s fucking gorgeous—mouth-watering, knee-weakening—gorgeous with honey gold skin, dark hair, a rack that would fit perfectly in my palms, and a nipped-in waist. I can’t see the rest, but I don’t need to. What is on display is enough for any mortal.

I look around frantically, my eyes landing on boxes and bowls and pots and pans but no cookies. A muffled laugh comes from behind me. Mick spins me around and shoves the cookie container into my gut. “Go and don’t embarrass the family name.”

“How can I when you’ve already rubbed it into the ground by merely existing?” I call over my shoulder, determined to get one more dig in. I mean, we’re brothers, after all.

“I can tell Bells not to order you any more cookies,” he yells.

Halfway across the lawn, I stop and give my brother a small bow in apology. I can’t have Bells on my bad side. “I’m sorry I ever said one bad word about you. Bells is the greatest, even if she has questionable taste in men!”