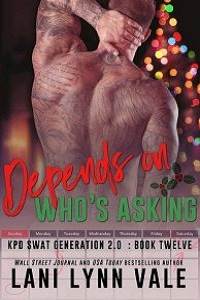 I may look innocent, but I screenshot a lot.

I looked up at my mother who was bent down smiling at me.

I’d been ready for hours.

Yet, as the son of the President and First Lady of the United States, I was expected to do things that most other kids weren’t.

Like sit around for hours, doing nothing, on Christmas Eve.

I was also dressed like a pretentious asshole in layers and layers of fabric that itched. Yet again, I wasn’t allowed to complain.

Not and be ‘presentable.’

“Yes, ma’am,” I said, trying my hardest to sound pleasant and not the pissed off teen that I actually was.

At seventeen, I should’ve been at home, hanging with my friends, or spending time at a party with my family. Instead, I was at a fundraising dinner, or whatever, with my parents and about two hundred of Capitol Hill’s finest.

Or, at least I was told they’re Capitol Hill’s finest.

I didn’t like half of them. And the other half I was ambivalent about.

“Let’s go,” one of the two secret service agents that were sworn to protect only me ordered.

His name was Daniel, and he was an asshole.

But he was a protective asshole, so I guessed that worked in my favor.

My father wasn’t far behind with his, but he got hung up by a senator that he was trying to win favor with and stopped. Again.

“Jesus Christ,” I said to nobody in particular. “Will this fucking night ever end?”

I looked over at her and narrowed my eyes.

“I’m fucking tired of this, Mother,” I ground out. “This is getting to the point where it’s ridiculous. I didn’t have to come with you tonight. I could’ve stayed at home, yet, alas, I was forced to because it would ‘look good for Daddy’s reelection.’”

My mother looked like she wanted to smack me upside the head.

She wouldn’t, because someone might very well see it and print it in the newspapers, but I could tell she wanted to.

We couldn’t do anything normal.

And it was getting really fucking old.

I’d spent four fucking years doing this, and I was tired.

Not to mention the two years before that my father spent campaigning.

Or the six years before that my father spent as the senator of Arkansas.

Politics had been my life for as long as I could remember. The only problem was, I didn’t want politics to be my life. I wanted to be a regular teenager.

And that wouldn’t ever happen if I hung around any longer than I had to.

Luckily, as of December nineteenth, and thanks to my homeschool teachers that taught me at the White House, I would be a graduate.

In the eyes of the world, I would be officially an adult.

That meant that I could say, do, and shit wherever I wanted, and my parents couldn’t do a damn thing about it.

Though, that was probably a lie I told myself, too.

They could likely stop me from doing everything.

If they knew what I was doing, that was.

I had a plan, though. Come December twenty-sixth, I had a meeting. One that I would be making. Alone.

For now, I would bide my time until everything was in place.

I’m not Rapunzel, but you can still pull my hair.

The op we were working at that particular moment in time was a fucking joke.

The old SWAT team knew it. The new SWAT team that I was a part of knew it. Yet, we were doing it anyway.

Honestly, I knew this was a test, that I should be taking this seriously, but I wasn’t.

We were at a repeat offender’s house.

A man that, according to the old SWAT team, got the cops called on him often. And when the SWAT team came, he nearly always went into defense mode and did spectacular things that really should get him shot. Yet, the guy always managed to live to do his bullshit another day.

Just as I was thinking this, the guy we’d entered the house to apprehend, did a spectacular swan dive into the frozen pool below.

According to everyone that I’d asked, he was a crazy motherfucker that did stupid things.

Like dive into a pool that was sheeted over with ice.

It was cold for Texas—something that I’d been told, anyway. I wasn’t originally from here. I had been born in Arkansas, moved to California, then back to Arkansas where my dad became the governor. Then we moved to Washington, DC when my dad was campaigning and then became the president. It was, indeed, cold during winter. Winter in Texas was Washington, DC’s spring.