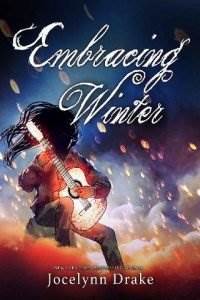 Winter stepped out of the ramshackle tenement and across the uneven paving stones to the sidewalk in the quiet neighborhood Aiden had selected. He looked up and down the street but saw few people. Sunrise was only a couple of hours away. He felt both exhausted and so very alive.

He was a vampire.

Aiden had changed him into a vampire.

When his father slipped away with his older brothers, Marcus, Rafe, and Beltran, he had begun to fear he would be excluded. That he’d be left human and alone. All in the name of protecting him and keeping him safe. Yet, the whole reason they’d waited until he’d reached the age of twenty-three was so they could stop protecting him and treating him like a child.

A bit to his surprise, they’d come back for him. They were sticking together as they’d agreed.

The early hours of the spring day were crisp and cool; a thin tendril of fog was winding its way through the city. There was a distant clomp of a horse’s hooves on stone, but the echo through the buildings made it hard to place its direction. Otherwise, the world was silent.

There was a feeling more than any telltale sign that Aiden was approaching him. Winter turned in time to see the vampire exit the narrow alley they’d taken, slipping into the building containing a variety of rundown flats.

His senses were so much…more now. It wasn’t just sharper eyesight or hearing. He could feel things. He was aware of Aiden differently now. His sire. There was an extra energy to him that pulsed out, and Winter could feel it. It was strange but oddly grounding and comforting as well. As if he were suddenly more connected to this man than he’d been before.

Would it be the same for his brothers?

Unfortunately, answering that question would have to wait until they returned to Marcus’s home. For now, it was just him and Aiden on the streets of London, not something his oldest brother was at all happy about. He had wanted to accompany Winter, but Aiden had insisted it be just the two of them for this first outing. And Winter had a very good guess as to why.

With his surrogate father standing close by, Winter turned his attention to his surroundings. He closed his eyes and listened.

But only silence could be heard.

There was nothing. No little whispers. No laughing. No forlorn cries and little whimpers. There was the wind and the horses. The grind of wheels across stones. A cart, maybe.

“Winter?” Aiden’s voice was low and cautious. A faint thread of worry.

But Aiden had every right to be worried. He was the only one who knew that Winter, like his mother, heard voices. The question had been hanging in the air since the brothers made a pact years ago to become vampires: would Winter go insane just like their mother when he was turned?

Now that moment was here.

Winter’s heart was pounding so loud, his ears and his whole body had become one tensed muscle. His entire existence was balanced on the edge of a knife, all of it building to this. Were the voices that had cluttered up his mind for nearly twenty years still there? Was he going to go mad? Was he a threat to his family?

He didn’t want to hope that the nightmare might finally be over. The dream of being free had lingered in his brain for years, but it had never happened, becoming a sharp, bitter disappointment. Protecting his brothers from his ugly truth had made him into a liar, putting a distance between him and his family that left an ache within him.

Aiden had insisted he accompany Winter without his family in case he—the youngest son—went mad. His father was determined to protect his brothers as well as Winter. He’d tried to convince Aiden for months now to end his life if the worst happened, but he’d begun to fear that Aiden had other plans. That he intended to safeguard Winter away from his brothers until another solution could be found.

But Winter didn’t want to be a burden on his family in any way. He didn’t want the voices plaguing him any longer…even if it meant his own death.

Second after blissfully silent second ticked by, and there was nothing. Hope rose in Winter’s chest, nearly choking him. He covered his mouth with his hand and blinked back tears of intense relief and joy.

“I hear…nothing,” he whispered, dropping the hand he’d used to ward off Aiden.

“Really?” Aiden demanded as air exploded out of his lungs.

“There’s a horse. A cart or maybe a carriage. The wind. But our voices are the only ones I hear.”