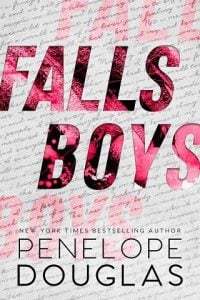 The rafters above cross over my head, ascending higher and higher and only visible by the faint light of the moon streaming through the windows.

But as I stretch my eyes, trying to see deeper into the darkness up there, it just becomes a void. Invisible. Empty space. I can’t make out what’s beyond, and I almost like that better.

I spend too much time looking up. More so than ever now.

“I sent him!” Hugo yells into his phone. “You got a problem with that?”

I wince, dropping my eyes.

“Flaco got arrested,” he explains to a customer as I look over at him at his desk. “You got a new guy now.”

Nicholas and Axel sit off to the side, cutting lines on a small round table with a girl in the middle. Her hands clasp a beer can in her lap.

She tries to look older with the blue streaks in her white hair, but she can’t be more than thirteen.

A Metallica song covered in Spanish blasts over the speakers, but I still hear Hugo as he continues to gripe into the phone. “You know what the transiency rate is on runners? You think I got a damn secretary who can call and alert you every time one is replaced? You want the shit or not?”

I’m almost amused, but only because I like to see him stressed. It’s a pain in the ass for the delivery service as well as the customer. You text, and the last thing you want is someone you don’t know showing up at your house with the drugs you ordered. Hugo’s right, though. Runners come and go. They get arrested, deported, they O.D.…

Three guys line up behind me, waiting their turn as we stand in the repurposed fire house. The bay door behind me still works too, letting cars enter from time to time. It’s like a massive garage, but despite what goes on in this building, I like it. It’s old and still smells like the tires of the old fire engines they used to keep here.

I glance up once more, my body—for just a moment—way up there and looking down at all of this. From high above. Away. Safe. In the quiet.

I murmur to myself, “Tranquila.”

But then someone speaks. “Come on, kid,” they say.

I look over, watching Axel hand the girl a severed straw and direct her to the coke on the table.

Every muscle in my body hardens, my legs immediately moving without thinking. I close the distance in two steps, grab the straw out of her hand, and shove her in the chest, pushing her dumbass back into her seat.

Axel and Nicholas rear back, looking up at me, but I’m talking before they have a chance. “What are you wasting blow on her for?” I snap.

Axel rolls his eyes, picking up another straw. “White kids got problems too, Aro.”

He plugs one side of his nose, sticking the straw into the other, and leans down. I turn away, but I hear his snort behind me.

Hugo tosses his phone onto his desk, turns down the music, and I step back up, my hands in the pockets of my black bomber jacket.

“How are you?” he asks, picking up his half-eaten hamburger and taking a bite. He washes it down with a swig of beer and rises, digging in the file cabinet behind him.

When I don’t answer, he turns to meet my eyes, my keys for the night jingling in his hand.

I stare at him.

He laughs under his breath, shaking his shaved head and I eye the scar on his eyebrow that he got from a fight when he was eighteen. He’d stitched himself up after downing half a bottle of tequila that night, and I looked up to him as a role model.

I was fifteen. It’s amazing how quickly someone can wise up.

He takes a seat and writes down my schedule on a slip of paper. “How are the kids doing?” he asks.

I remain silent, watching the table to my left out of the corner of my eye and making sure they don’t task me with driving the Falls girl to the hospital tonight. She needs to stay on her side of the river.

“Your foster mom staying out of your way?” he continues, folding the paper.

I hold out my hand for it, still not answering.

He pauses, staring up at me like he’s waiting for something. Like for me to smile and hang on his every word like I did when I was younger and stuck in the same foster home with him.

I shift my gaze over to Axel and Nicholas, brothers we met back in the day when were all placed together. They’re both lanky and tall, but Axel’s black hair is styled with a pompadour and shaved on the sides, helping to amplify his neck tattoos. Nicholas’s is trimmed but messy, still looking like the same kid I grew up with in a lot of ways.