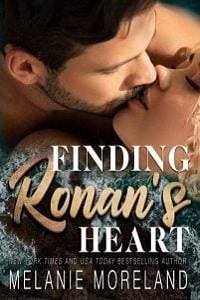 I stared at the screen, tilting my head and squinting.

Paul looked over my shoulder, his large frame casting a shadow across the screen. “Too much?” he asked.

“Or not enough,” I replied.

I erased the double columns, replacing them with heavier, single structures. I added detail to the bottom, then shaded them black on the top.

“Perfect.” Jeremy clapped his hand on my shoulder. “That makes it unique.”

I pulled off my glasses and rubbed my eyes. I really needed to get them checked.

“I’ll send it to Addi and see what she thinks.”

Jeremy flung himself into the chair beside me. “She’ll love it. We’ll start on the room layouts tomorrow. She only wants twenty-four, right?”

I reached for the thermos of water I carried everywhere. I liked it cold. Ice-cold, so the large double-walled flask was filled several times a day, and I added lots of ice each time.

Paul chuckled as he poured a coffee and sat down. “This is going to be amazing.”

“It took us long enough to acquire the old Port Albany hotel. Addi wants it to handshake with the winery. Stay at the resort, visit the winery. Host an event at the winery, book your guests at the hotel. She plans on shuttles, cross-promotion, all of it.”

“Heather already has ideas for the interior. The whole beachy vibe thing. She’s been sketching for days.”

I grinned. Heather VanRyan was one of our “cousins.” We had a massive extended family, and many of us worked here at ABC Corp—a division of BAM that specialized in business and land development outside the Toronto area—or the GTA, as it was known. Our fathers pretty much had that city sewn shut. As the next generation, we brought a new energy to the mix. We bought the land, created the businesses, and ran them. The talent in our family was rich and varied, and we worked well together, having grown up surrounded by one another. We’d never felt any pressure from our fathers to be part of their world. Thomas, Bentley’s son, was a marine biologist and had zero interest in the corporate world—except the money his father donated to the causes dear to his son’s heart. Shelby, Maddox’s daughter, was an artist and preferred her canvases to that of a boardroom. Each cousin found their own path, and those that led to ABC were welcomed. We supported one another with the love and respect our parents had taught us.

Melissa Hanson, one of the office assistants, knocked on the door, holding a bag. “I got your lunch.”

Jeremy reached for the bag, but I frowned. “I never gave you my order.”

“Actually, I prefer extra tomatoes and mayo. No mustard or lettuce. And sourdough.”

She looked startled. “Pardon me? You always get the same.”

“Because no one ever asks,” I muttered under my breath. “It’s fine,” I said loud enough for her to hear. I’d eat the damn thing, because I always did. “It’s all good.”

“And I got some chips,” she added and left.

I didn’t ask what kind. There wasn’t a hope in hell they would be sour cream and onion.

Sure enough, Paul pulled out three bags of salt and vinegar chips.

I took them without complaint. It wasn’t worth the hassle over a sandwich and chips.

We worked most of the afternoon together, perfecting the design and the specs for the building.

It was early evening when I slapped the laptop shut. “We should celebrate tonight. Tacos?” I asked hopefully.

Paul and Jeremy exchanged a glance, and I frowned.

I was the eldest triplet. Born four minutes before Paul and six before Jeremy, I loved flaunting my older status. We weren’t identical triplets, although we were similar. We were all tall and broad like our father, Aiden. We had green eyes that came from our mother, Cami. Our personalities were more like our dad’s—loud, boisterous, and happy. Paul and Jeremy were most alike—I was slightly taller, a little broader, and as my brothers liked to tell me, the worrier. I kept it hidden quite well, but I did tend to watch over my brothers, as if those four- and six-minute differences in our ages made me the responsible one. I was quieter than they were, not that many people noticed. They saw the group, not the individual, most of the time. People often exclaimed how much we looked alike, but if you took a moment, you would realize how different we actually were.