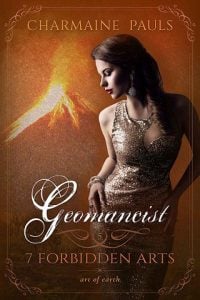 Sean Rivers jerked awake from his dream. In his room above Jerry’s Pub, the thin yellow curtains glowed with the first light of the sun. The rest of Cartagena would still be asleep.

He shifted on the lumpy mattress, trying to get comfortable in the hope of catching another hour of shuteye, but the humidity was already thick in the air, making his T-shirt stick to his skin. It was useless. He might as well get up.

Wiping a hand over his face, he blew out a sigh. As always, the guilt weighed heaviest on his chest after waking, when the past was still so fresh in his mind it blurred the lines between then and the present. In the dream, Maddy had died again. He’d watched helplessly, just like he did every other night, as the earth had cracked open and swallowed her whole. Her dark blue eyes, a mirror image of his own, had pleaded with him even as her fingers had slipped from his slick grip. He hadn’t broken eye contact. He’d seen the terror in her gaze as she’d fallen down and down with flailing arms and a billowing skirt. And then the terrible thump.

A shudder slithered down his spine. The nausea in the pit of his stomach had become as familiar as eating and pissing. He’d learned to live with the symptom as one would tolerate a persistent allergy. Swallowing back the acid in his throat, he inhaled the stale air and focused on his breathing until the urge to throw up passed.

The smoke from the bar clung to the sheets, the mattress, and his hair and damp skin. He needed a shower. He massaged his jaw in an effort to ease some of the tension in the joints. The sharp pricks of his stubble told him he needed a shave, too. Yet, he lingered another moment, putting off getting up, because once he did, the real nightmare, the one of facing another day, would begin.

When he couldn’t lie on the sweat-drenched sheet any longer, he sat up and pressed his thumbs against his eyes until sparks popped behind his eyelids. It exorcized the lingering mental image of the dream, but wiping away the guilt wasn’t as easy. The only purpose that motivated him to battle on was finishing what he and Maddy had started. Opening a cocktail bar in Colombia had been her dream. They’d made a great team, the best mixologists in the country, but she’d always been a better performer than him.

Another month or so, and he’d have enough money to finally make it happen. Jerry had promised he’d wait until Sean could afford to take over the rent. The plan was to convert the sleazy bar into a classy cocktail lounge and to open in six months, on Maddy’s birthday. Until then, he was content to slave away in Jerry’s bar, even if the long hours and manual labor left every bone in his body battered.

The pub had closed at two in the morning when the die-hard customers had left. He’d spent the next two hours stacking chairs and tables, scrubbing floors, washing glasses, cleaning windows, carrying crates of empty bottles outside, and hauling full ones in. Jerry had people for those chores, but it put off wrestling with his nightmares for another couple of hours. Physical exhaustion never delivered the redemption he was after, but he still tried. The mind with its built-in survival instinct was a fucked-up thing. The heart might give up, yet, the mind carried on, poking sticks into the wheels by trying to find coping mechanisms and defenses. In his case, physical labor had become his outlet.

He swung his legs from the bed and habitually reached for the crystal pendant on the necklace Maddy had given him for their twenty-seventh birthday, the last one she’d celebrated, but the weight of the stone was absent. He felt around his collarbone, touching nothing but skin. Despite the heat, his skin turned cold.

It couldn’t be gone.

Already knowing what he’d see, he jumped up and stalked to the mirror on the wall.

The only adornment—if that was the right word—reflecting back at him was the tattoo of the formula on his left pec. Newton’s law of gravity.

Dread filled his veins. He hadn’t taken the necklace off since the day Maddy had put it around his neck, not because as a geomancist he knew the significance of the stone but because it was the last thing she’d given him.

He’d long since given up on the hope that the stone could salvage his soul. To him, it served as a reminder of the promise he’d made himself not to let her dream die, too. The dream was the only part of her he could keep alive.