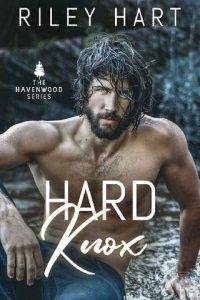 If I had known there were so many pretty, rugged boys in Mom’s hometown, I would have come here a lot sooner.

I always had a thing for rugged, even though most of the guys I dated weren’t that. Not that they weren’t out there, but I’d been in Los Angeles for years, and they felt different from this home-grown, small-town kind of guy. At least it did in my head.

It was my first time at Griff’s—even the name was sexy. I’d just gotten into Havenwood, reserved my hotel room, then came here. It had been a long trip, and I was second-guessing myself like crazy. When things crashed and burned with Stan, I realized how tired I was of the whole LA scene. I needed something new, so I’d started the process to get my Virginia work licensing taken care of—I was a nurse practitioner—then quit my job, sold my condo, and got on the road.

I scanned the bar again. It wasn’t a large space—counter to the left, pool tables and darts to the right, and oh shit, a Pride flag in a straight bar? That was a first and not something I’d have expected from small-town Virginia. Maybe that was a good sign. I could use one.

My eyes found their way back to the group at the far end of the bar. A pretty, dark-haired guy sat on a blond’s lap, so again, looked like Griff’s was queer friendly. They were chatting with two women, and next to them stood a super-sexy guy with chocolate-brown hair, thick arms, and a Marilyn Monroe beauty mark. Definitely dude-bro but gorgeous.

The bartender had black hair, scruff along his jaw, and a kind smile. He had that whole rugged thing going on too, but my eyes skimmed past him to the knockout with the blond curls and the ginger on his arm—damn, two queer couples—before they landed on the last guy again. It was him I couldn’t look away from.

Black, messy hair, long-ish. He had it pushed back, but it fell into his face when he moved, which was really hot. Nice, kissable mouth, his lips not too thin but not too plump either. Black beard. But it was his eyes that really got me. They were this crisp, sparkling, almost translucent green…and they were looking at me like, Who in the fuck is this guy? And not, I want to bang the hell out of his guy.

As I made my way through the space, I got a few strange looks. The people here might be gay friendly, but I was new, and wore eyeliner sometimes, so I assumed they were wondering what city I came from.

I made sure to give them all my best smile, because that was the way I worked. I got some frowns in return, and there were some whispers, but I held my head high and kept going.

There was an empty spot at the counter beside the blond with the twink on his lap.

The bartender approached me as I sat down. “Welcome to Griff’s. Can I getcha something?”

It was cute how he welcomed me. I was sure people knew every face in this town, except mine now, obviously. “Yes, please. I’d love a beer. What have you got on tap?”

He told me and I chose, watching as he filled the mug. I could feel eyes on me from the group. It probably wasn’t often eyeliner-wearing men showed up in Havenwood, so I got it, but it was still a little weird.

“You passing through?” Bartender asked.

“Nope,” I replied, not offering anything else. I definitely wasn’t telling him my boyfriend cheated on me and I came running to mommy—a mom I haven’t been close with in a long time. Oh, and who had no idea I was moving here.

“I’m Griffin,” he said, but I could tell it wasn’t in a flirty way, just a polite one.

“Callum?” a guy asked from my right. I looked over to see blond curls. And wait. Was that…

“Are you Remington Monroe?”

Blond Curls tensed. Oh, someone was protective of his boy.

“Wow…I feel like I stepped into Oz or something, but the good kind? I mean, I haven’t been attacked by an evil witch yet, and there are queer boys and pride flags in straight bars and a famous musician.” I dropped my head back. “Oh shit.”

“Did I get into a car accident and I’m dead? And here I thought I’d landed in a pretty-boy oasis. Fuck. Of course I’m dead.”

Griffin handed the beer over. A few of the guys laughed. My rugged lumberjack looked at me like I was an alien.