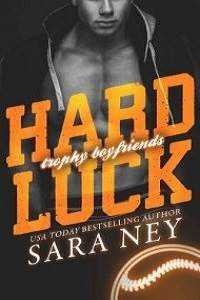 As I kneel over my big brother’s toilet like a drunk girl at a college party, my gut clenches with the telltale sign that more bile is about to rise from my stomach.

I groan into the crook of my arm miserably.

Somewhere above me, a pair of hands gathers up my long hair and holds it back to keep the strands from falling into the toilet and getting soiled with puke, but it’s not in me to glance up to see who it is.

There’s something strangely familiar about having some random standing over me in a bathroom that feels oddly…nostalgic.

The girl is doing everything she can to soothe me as I rest here, except I’m too sick to raise my head and properly thank her.

I simply do not have the energy.

It’s so laughably reminiscent of my past, of the good ol’ days when I was in college, knocking back my second or third Sex on the Beach (a grotesque drink that’s sugary sweet) then barfing it all back up again in the bar bathroom toilet, any nameless, faceless collegiate holding back my hair so I don’t get barf in it.

Except this time, my hair isn’t long and wavy down to my ass. Now it hits my collarbone just past my shoulders and is flat-ironed into submission. Sleek. Clean. Blunt cut.

I’m a grown woman with a career—not a naïve girl at university.

And I’m not puking into the toilet because I’m drunk.

When the girl walked into the bathroom earlier, I think she was looking for my brother’s dog Chewy; I vaguely remember hearing her calling out for him. Sort of. Vaguely remember her cautiously approaching the kitchen, then the bathroom, as if something sinister lay in wait for her.

I’ve never met her, but Tripp talks about her all the time; I’m assuming it’s his neighbor girl soothing me and not an axe murderer who let himself into the house, me on my knees too weak to defend myself.

“Who are you?” I moan in her general direction. She’s pulled back and looms in the doorway next to a discarded baseball bat.

Huh. She must have thought I was a murderer, too.

“Who are you?” she asks, accusatory, the scowl hurting my head. “A psycho fan who broke into the house?”

I find the energy to roll my eyes. “And is using the toilet to barf in? Not likely.”

“Maybe you’re so worked up and nervous about meeting Tripp that you made yourself sick.”

The teenager crosses her arms, nonplussed. “Are you on drugs?”

That makes me push out a low chuckle. Drugs? “No, I’m not on drugs.”

“Then why are you on Mr. Wallace’s bathroom floor?”

Mr. Wallace? Is the kid talking about my dad or my brother? I can’t picture Tripp being referred to by the moniker Mr. Wallace, and it makes me groan out a chuckle.

“Who did you say you are?” As sick as I am, my voice is authoritative.

She straightens her spine. “Molly. I live next door.”

“Ahh, the dog walker.” My body goes slack as I hug the toilet bowl with both hands, basking in how cold it is against my burning skin.

“I’m not just the dog walker. I’m also the house-sitter.” Her foot taps the hardwood floor impatiently. “Who did you say you are? All you did was tell me your first name, which tells me nothing. You didn’t tell me what you’re doing here.”

I moan, resting my cheek on the white toilet seat cover. “Well, well, well, aren’t you just a little ray of Pit Bull Terrier. Does my brother know he has a guard dog living next door?”

Her brows go up and she ignores my comment. “What are you doing in Mr. Wallace’s house?”

Molly takes a few seconds to digest this new information, then nods as if confirming its validity.

Still, she’s not done cross-examining me. “Why are you puking?”

“I’m…” I swallow past the lump forming in my throat, willing the words to come out. “I’m…”

“And you’re not drugged up?”

Why on earth would she assume I was high or drugged up on something? Then again, what do I know about drugs or smoking pot or anything besides alcohol that would have me tossing my guts out?

“You swear you’re not some looney-toon, strung-out superfan?”

“No! I’m not some whacko lady fan who broke into Tripp Wallace’s house. Wouldn’t I like, crawl into his bed or something if I was obsessed with him? Isn’t that what those women do?”

Molly gives me another validating nod. “Fine. I believe you. But that explains nothing.” She pointedly eyes the toilet and my spot on the ground next to it with her brows raised as if to say, Well?