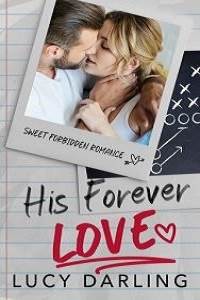 “I think I’m going to enjoy having Reid around. I should get me one of these boyfriend things,” I tease my best friend Zoey.

We’re both lying on the sofa as Reid puts things together for us. I think it’s our desks he’s working on now. He’s also breaking down all the boxes and running everything up and down for us.

“Those muscles of his aren't only for when he’s on the field.” Zoey wiggles her eyebrows. “You should be in the market for one. These boyfriends can do many things.”

I laugh. I’m not sure there are many men out there like Reid. A man who put his mark on Zoey before either of them knew what that really meant. He’d do anything for her.

“You okay?” Reid walks into the living room, going straight for Zoey.

“I’m sorry.” He leans down and kisses her. I’m about to ask why he’s sorry but quickly realize it likely has something to do with waking her up during the night. “The desks are done.”

“Thank you.” I stand to go see them. Zoey and I moved in today. We’re a few weeks away from classes starting. We decided to move in early so we could get settled, and Zoey was itching to get out here. Kingston University is a few hours away from home, and Reid had to come out early for football crap. I was down to move whenever.

“This is amazing.” Zoey rests her head on my shoulder. She’s the reason I’m here to begin with. I never really had a plan. Zoey, on the other hand, always has one. I think it’s one of the many reasons why when we met we became instant best friends. We balance each other. She was the one that made me start to think about what I would do when high school was over.

A few months hanging out with her and I suddenly had a goal of getting into Kingston, and that’s what we set out to do. We worked hard to do it and accomplished it together. We joined so many clubs and took on all sorts of extra crap so that we could slap it on our applications.

There were too many late-night study sessions to even count, but the only thing that mattered in the end was that we’d done it. Zoey had knocked it out of the park, getting a full ride. She tested crazy high. I was happy to know that I’d gotten in based on my own hard work. That my parents hadn’t used their money or influence to get me accepted.

“Don’t,” I cut her off. “First off, it’s not me. It’s my parents and, well, grandparents. It’s the least they can do.” I’d talked Zoey into not staying in the dorms. I got us a place that’s a five-minute walk to campus. A super cute condo that my dad is footing the bill for. “I’ve practically lived with you and your mom through most of high school. It seems fair to me.” Zoey has no clue how much having her and her mom as a support system through high school meant to me.

“You act like you’re a pain to be around or something.” She grabs the tip of my ponytail. “You’re not.” She stares me down. I loved it over at Zoey’s. Her mom Quinn became like a foster mom to me.

I’d grown up in a beautiful home. Zoey’s childhood home could fit into my parents’ house a good ten times if not more, but it is warm and welcoming. Unlike the home I’d grown up in which was cold and lonely. There has never been something I’ve asked for that I wasn't given. Except attention or time.

Even this condo. When we got here this morning, Zoey was shocked to see all the stuff that was already here. My dad’s assistant had not only gotten the place leased for me, but she went about getting some furniture and stocked the fridge too. When it came to getting things done, my dad was always the guy you want to have in your corner. That said, it will probably take him a week or more to realize I moved out already.

“You hear me?” Zoey pulls harder on my hair.

“Yeah, I hear you. You’re obsessed with me and can’t live without me.” I smirk at her. She gives me a look, letting me know she sees what I’m doing before she shakes her head and hugs me.

“What else do you guys have for me to put together?” Reid asks but fires another question off before I can respond. “What is that?” He points at the LED ring light. I flip it on.

“Good lighting for posts.” I flip it back off. Zoey and I have been dabbling in social media lately. We both enjoy writing. Me more than Zoey. She prefers to be on the other side of the camera most of the time. We started up a social media account together with a blog. It was something we did for fun since neither one of us had been into the whole high school party scene. It’s what we’d do on Friday and Saturday nights together.