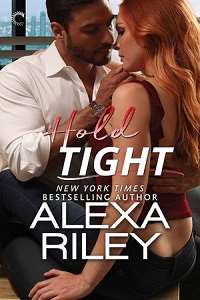 My friends call me Rolly. Granted, I used to be chubby when I was a kid, but I grew out of that around ten. The reason it started is because I come from a long line of rich assholes. The Davenport name is known all over New York, and my father is no exception. I went to one of the most expensive private schools in the state, and when I showed up with the name Royce, it wasn’t hard to connect the dots to Rolls Royce. Rolls turned into Rolly, and that was that. It stuck from day one, and though most of the kids I grew up with ended up being douchebags, a couple of them were ride or die.

My two buddies and I got out of college and started up a consultancy firm. We used the money we made from hustling. The only things we wouldn’t do to make it was sell drugs or ask our parents for it. My buddies, Ezra and Donovan, came from the same background as me, and the three of us agreed we wanted to be our own men. It sucked living in a four hundred square foot studio with two mattresses pushed together and a bathroom with no door. But we made it big in less than five years.

I wanted to make my own contacts, and when I met Henry Osbourne at a charity function last year, I knew that working with him would benefit the both of us. What I didn’t know was that the day he asked me to come take a look at his departments was the day she would walk into my life.

Pandora was unlike any woman I’d ever seen. Her red hair was pulled back from her face, and her dark blue eyes were rimmed with black eyeliner. It made her look intimidating. And sexy as fuck. She was petite, but I got the impression from her stance—and from her handshake—that she could take me down in the blink of an eye. God, she had no idea how much I wanted her to try.

They say that like recognizes like, and the day I looked into her deep blues, I met my other half. She was my equal in every way—possibly even better than I’m willing to admit. I had to have her. Plain and simple. Too bad it wasn’t that easy.

“I swear on every bagel in Manhattan that if you come over here and ask me what time you can go to lunch, I’ll burn this building to the ground.”

The new guy, Josh, looks at me with a blank expression on his face and takes a step back. “So, um, now?”

“Go to lunch. Before she kills us all,” Sophia says, patting him on the shoulder.

He walks away, and I drop my head on the desk. I want to beat it against it, but I don’t want the mark on my forehead for the rest of the day. It would be too much of a reminder of my frustration.

“Sorry. I meant to intercept before he got to you. How’s it going, boss?”

I lean up from my desk and sit back in my chair. “I’m still not used to you calling me boss.” I smile at Sophia, and she shrugs.

“Hey, you earned it. Might as well wear the title with honor.” She lays a file down on my desk. “That’s the Miller report you asked for. Are you taking a lunchbreak today?”

I’m already opening the file and shaking my head as she tells me she’ll bring me back something from the cafeteria. I scan the documents and start clicking on my computer to see if I can code some of it now.

An email pops up from my twin sister, Penelope, and I smile. Of course there are pink hearts in the subject line.

I skim it and see she’s excited to find out the sex of her baby, and Ivan is being extra protective, but she’s so happy she can’t seem to care.

Shaking my head, I send an email back, telling her I still think it’s a boy and I’ll finally be able to have something in common with one of her kids.

Penelope and Ivan got married when she was eighteen. They started having babies right away, and now she’s on number three. Ten years later and she’s got two beautiful girls, who are full-blown princesses, and one on the way. Fingers crossed this one likes to get dirty.

At twenty-eight, I’ve got a very different life than my sister. She lives next door to our parents, and they have this big family compound. I’ve got a place there, too, but I stay in the city most of the time. After college I went in for an internship in the security department at Osbourne Corp. It didn’t hurt that my cousin Henry was running the place now, but I’m damn good at my job. I worked my way up, and when the time came for my dad to retire, I was chosen as his replacement. I thought that there may have been some animosity in the department, but I found out afterward that my dad put it to a secret vote so that everyone had a chance to be honest and have the leader they wanted. He said every vote was for me but one. And that one was his. I know I’ll always be his little girl, so I couldn’t even be mad about it.