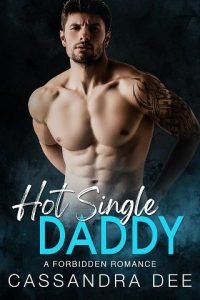 I grab my overnight bag from behind my seat and leave the cockpit of the plane. It’s been a long week, and I’m so ready to be back home again.

“Thanks again, Sarah, Jamie, and Rachel,” I say to the three attendants bustling around the cabin. “Have a great night.” The ladies nod, and I note that my co-pilot Jerome has already left. I get it. He’s got two young children at home, so he’s anxious to get back to them, although of course, it’s after eleven now so his kids are likely fast asleep.

I’m sure Jerome will kiss the tops of their heads quietly so as not to wake them. I used to do the same thing with my daughter, Faith, after long stints away from home.

Now, Faith is eighteen and a high school graduate. When she was younger, I didn’t do too much international travel, instead preferring to focus on domestic routes because I wanted to be home as much as possible for my little girl. Occasionally, Faith’s overnight nanny would have to stay with her, but I kept those nights few and far between.

I’ve been doing a lot more long hauls lately though. My daughter is busy doing her own thing, and if anything, she doesn’t want her old dad around anymore. I’d just be a pain, according to her.

“You’re back early,” a voice comments.

I turn and find one of my favorite co-workers, Sabrina, looking haggard while pulling a suitcase behind her.

“My last flight got canceled,” I tell her. “I’m going to be returning to the States instead of taking another hop.”

“That’s nice. You’ll get to sleep in your own bed tonight.”

I grin. “My favorite part of being home is my bed. It’s a damn nice mattress.”

Sabrina laughs. “I’m about to crash in the staff lounge. My next flight is at six, so I have to be here by five. No point in going home for just a few hours.”

“Yikes. You should really talk to someone about your schedule. It’s crazy that you’ve been working thirty years and it’s still like this.”

She shrugs. “I don’t mind it. It’s not like I’ve got any reason to be home. My apartment is nothing more than a place to crash when I have a chance, and I’ve seriously thought about cancelling the lease. I could just stay in a hotel room on the rare nights when I’m around and save thousands of dollars at the same time.”

“I couldn’t live like that because I need roots. Trust me, hotel living gets old fast. Besides, it would be too weird not to have a home of some sort even if it’s more of a place for your houseplants.”

“I guess I’ve been a wild child since birth. My parents told me I tried to run away about a hundred times as a kid, so houseplants aren’t exactly my thing.”

I grin and clap her on the shoulder.

“Always an adventurer. I guess you picked the right profession, then.”

“Being a flight attendant is my dream job. Has been since I was sixteen.”

“And you’re great at it. The crew loves you, and guests smile more when you’re on board.”

It’s the truth. Sabrina is my favorite because she creates a stress-free environment for my passengers. I like knowing everyone is at ease because it makes my job a hell of a lot easier, especially given the shenanigans that have been happening in the air lately. Flying can be hellish for everyone, including the guys in the cockpit.

“Thanks, Marcus. I’ll see you next week? I think I’m on your London leg.”

“Sounds great, buddy. See you then.”

I leave the terminal, and my car is parked where it always is. Pilots get their own section in the garage, which is about half-empty right now. That’s normal for this time of year. A few months ago, during the holiday season, the lot was full to the brim. The busy season sees a lot more pilots doing overtime because everyone has to pitch in, whether they want to or not.

I throw my overnight bag in the back seat of my BMW. My job has afforded me quite a few luxuries, of which this car and my house are the two most significant ones. I also bought Faith her own vehicle, but it’s a humble Civic. My eighteen-year-old daughter doesn’t need a sports car because teenagers have poor driving records, no matter how much they practice.

Whistling tunelessly, I get in the Beamer and head home. Once I’m back, I slip off my shoes upon crossing the threshold. The place is quiet, which is surprising because it’s only eleven-thirty. I was expecting Faith to be awake when I returned, given that she’s usually a night owl like I am. Well, who knows? Maybe she’s had a hard week and decided to turn in early.