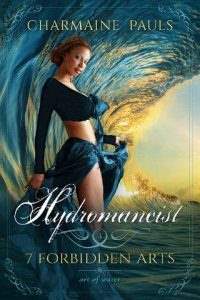 Timothy Fardel pulled his attention away from the woman dining alone at the table next to him and his guests for the tenth time that evening. He redirected his gaze to the couple across from him to give them his undivided attention. Billy Malloy, a potential American investor, was vacationing with his wife, Ann, in Costa Rica. Tim had invited them to the restaurant to convince Malloy that his money would be profitably spent in the Australian beef export market.

“Mr. Ambassador, if you’ll excuse my frankness,” Billy Malloy said, “it doesn’t make sense that my company should invest millions in the beef market, when the country is crippled by drought. During the last quarter…”

Tim stopped listening. He couldn’t help or explain it. His senses were drawn to the stranger’s sea-green eyes, the oriental vanilla smell of her perfume, and the gracious way her slender fingers moved as she toyed with her napkin. Beads rattled as she flicked her dreadlocks over her shoulder. Her smooth caramel skin would feel like velvet. He noticed, not without unjustified irritation, that he wasn’t the only man staring. With high cheekbones, a thin and straight nose, and full lips she appeared exotic.

Tim rubbed a finger over his lips. She wasn’t a local. He’d heard her asking the waiter about the specials of the day with an English accent he couldn’t place. Judging by her toned muscles, she worked out. She had an air of adventure about her mixed with self-assurance and female sensuality. In short, she was exactly his type.

Malloy droned on, “…if we have a repeat of the recession…”

The woman finished a blue cocktail with a glazed maraschino cherry and a paper umbrella. She popped the cherry into her mouth and licked a bit of sticky syrup from her bottom lip. The waiter arrived with her meal. She had ordered steak and French fries … in Tesoro del Mar, San José’s best seafood restaurant.

“…just don’t see why I should give them a dime.”

At long last, Malloy stopped talking and sucked in a much-needed breath.

Ann, a pretty blonde who’d been pushing the point of her cowboy boot against Tim’s shoe for the last twenty minutes, gave a high-pitched laugh.

“I think Tim knows what he’s talking about.” She nudged him with her toe. “Don’t you, Tim?”

Tim lifted his hands. “Don’t take my word for it. I’ll let you in on national subsidiaries. If we weren’t sure about the future of the export market, do you honestly think government would’ve put its money there?”

Convincing Malloy wasn’t going to be hard. It was a done deal, if Ann Malloy could keep her feet to herself.

“If that’s the case, why are other investors dropping out?” Malloy asked.

Obviously eavesdropping on their conversation, the woman with the dreadlocks gave a knowing smile and cut into her steak.

“Maybe we should invite Tim out on the boat,” Ann said, “to talk some more.” She shot Tim a look he couldn’t misinterpret.

Damn, he needed that drink. He glanced around for their waiter. “If you don’t act quickly, Mr. Malloy, someone else is going to snatch up the deal.” He got to his feet. “Excuse me.” He nodded at Ann. “I’m going to check at the bar for our drinks. This is taking too long.” Slow service was a pain in his backside.

Deliberately, he took the long way around his neighbor’s table for a closer look. Tim admired her full breasts and long, deliciously arched neck. A vein throbbed under that velvet skin. He could see it pulsing, hear it pumping, and itched to taste it, to feel the flutter under his tongue. He expected her to lower her lashes under his uncivilized stare, but she met his gaze head-on, her strikingly green eyes locking onto his. He ran his fingers over the edge of her table as he passed.

“Do you seriously expect them to buy that horseshit you’ve been feeding them?” a silky voice asked.

He stopped dead, and turned slowly. “Excuse me?”

“Are you talking to me, honey?”

“I don’t see any other shit talkers around here.” She leaned back in her chair, a challenge in her posture and expectation in the way she measured him.

He walked two steps back to her table. “Do we know each other?”

His eyes were drawn to her lips as she offered him a smile. That generous curve was nothing short of scrumptious.

“As trite as it sounds, I think you would’ve remembered me.”

“Absolutely.” He assessed her figure-hugging dress. “New in town?”

She cocked a shoulder. “Maybe.”

She got to her feet. She was tall for a woman, a perfect kissable height for him.

“I don’t usually mix with government officials who steal unsuspecting businessmen’s money.” Her tone was amused rather than unfriendly. “Or their wives,” she added and, with a kiss over her shoulder, walked to the exit with swaying hips.