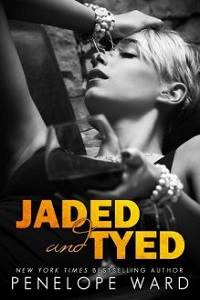 What the fuck was that?

Leaning against the bathroom door, I was sweating, trying to make sense of my reaction to a woman I’d never met before.

One minute, I was out buying beer to take back to my family’s Christmas party. The next, I was losing my words, barely able to speak.

I wasn’t expecting that—to see her standing there when I got back to my brother’s place.

I’d heard about her, knew she was an actress on Broadway. Always thought that was funny, since I was a stage actor, too—albeit on a smaller scale. But I had never met her before, since she lived in New York.

But now she was here.

I’d made an ass of myself, acted like a blubbering idiot, and fuck if I knew why.

What was it about her that made me forget my own name; made me clumsy?

She was gorgeous, yes. But there are plenty of gorgeous women out there. I’d certainly never had that kind of reaction to any of them.

This wouldn’t have been so messed up if Nicole—my girlfriend—hadn’t been standing right there, witness to it all. It was the epitome of awkward, particularly when I dropped one of the bottles while putting the beer away. The glass had shattered everywhere.

I cringed, letting out a deep breath as I leaned into the sink.

Just shake it off.

There was a knock at the door then my brother’s voice.

“Dude, what the hell? I need to piss. Someone’s in the other bathroom.”

I opened and let him in. Damien immediately proceeded to whip his dick out and take a leak while he examined my face.

“What’s going on with you?”

After a long pause, he zipped up his pants. “Bullshit.”

“Holy shit. How did you not tell me her sister was hot as fuck?”

“Is that what you’re doing in here? Jerking off?” He squinted, examining my face. “What’s wrong with you?”

“You didn’t see what just happened out there?”

“When Chelsea introduced me to Jade, I acted like a fucking idiot, became tongue tied. Nicole was standing right there. It was embarrassing. I don’t know what the fuck is wrong with me tonight.”

“So what? You’re attracted to Jade. You made a fool of yourself for some God forsaken reason. That’s what happened. Let it go.”

“She’s beautiful, yeah. But I don’t really get why she had such an effect on me. I just lost it for a bit.”

“Your inner teenager came out. It probably doesn’t mean anything. I’m relieved you’re with Nicole, to be honest.”

“Because if you were single, you’d be trying to get into Jade’s pants. I know you. If you ever fucked around with my wife’s sister and ended up breaking her heart, that would kill Chelsea. I’d therefore have to kill you.” He paused. “Where’s this all coming from, anyway? You seem happy with Nicole. You’ve been with her a year. You love her, don’t you?”

I’ve told her so, yes. But…I just don’t know for sure.

“We tell each other we love each other, alright? But how do you really know if you love someone? Is there a barometer for that?”

“I’m not sure this is a conversation we should be having in the bathroom with her right outside.”

I insisted, “Just answer me. How did you know you loved Chelsea?”

Without hesitation, he said, “It was when I realized that I would die for her. When someone else becomes more important than your own life, that’s how you know. Coming to that realization was an eye opener.”

“Would you die for Nicole?” When I seemed to take forever to answer, he shook his head and said, “Wow. You wouldn’t.”

“Because you shouldn’t even have to think about it.”

Pondering that, I was speechless. That had never occurred to me, but it made a lot of sense.

Damien opened the door. “I gotta go back out. You’d better follow soon.”

“Alright. Be right there.”

By the time I made my way back to the living room, Nicole was sipping eggnog and immersed in a conversation with my mother. She winked at me, seemingly unaffected by my unusually long absence. Relief poured over me that she didn’t seem pissed about my weird behavior earlier.

All seemed right in the world again until my eyes wandered to the other corner of the room. The adrenaline started to build again when my gaze landed on Jade.

Her big, beautiful eyes. Her cute, little nose. Her long, slender neck. Her legs went on for days; she was almost as tall as me. I shunned away visions of those long legs wrapped around my waist.