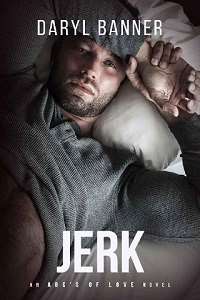 You don’t want a nice guy.

The real guy you want to sweep you off your feet isn’t wearing a fucking cardigan.

He doesn’t laugh at all your jokes. He won’t remember your anniversaries. He won’t bring you hot chocolate on a cold night, or stay up with you to watch that last episode of whatever binge-worthy show you’re into, or cuddle with you under some dumb fluffy blanket.

And still, inexplicably, you’re madly in love with him.

Why? Is the sex really that good?

Why don’t you want the nice guy? The one you can actually take home to Mom and Dad? The one who smiles with his eyes, who will laugh at your jokes—even the bad ones? The one who will hold you after a hard day, who will run to your side even if it’s inconvenient, who will cherish you like a precious glass thing and worship you?

Instead, you seem thirsty for only one type of man:

It’s inevitable that guys like me lose hope in ever finding love. Capturing your heart isn’t easy when the world is full of countless jerks you’re so willing to give it to. I’ve grown colder with every date, with every unreturned call, with every “it’s not you, it’s me”.

What’s a nice guy to do when he’s playing a game you won’t let him win?

Is this how bad boys are born? Are they all just former Mr. Nice Guys who gave up? Can love really be such a sadistic, double-edged blade that laughs with every drop of blood it draws from another brokenhearted fool?

To tell my story properly, we have to start at the end.

My back slams against the kitchen wall.

A plastic bowl and a spoon topple from the counter nearby and crash to the floor.

His big hands slip around my waist and pull me against him with need, then glide farther down to greedily cup my ass, which he has seemed rather obsessed with since we left the restaurant. He complimented it six and a half times—the “half” because he was interrupted by a police siren whizzing by.

This is my latest “Mr. Nice Guy”, by the way, a date I recently swiped right on. It’s interesting that ten minutes ago, he was just telling me he likes to respect a man and take things slow. He said he’s looking for love, just like I am. Not a fling. Not a quickie. He said all the right things.

I should’ve known what I was getting myself into.

Especially because it’s clear what he’s getting himself into: my pants, as they pop open, unzip, and drop to my knees. And then he drops to his, slips me into his mouth, and I throw my head back with a happy, naïve little sigh.

According to our profiles, we both like Italian food, cats, and obscure off-Broadway musicals such as Job of the Century. That title carries an amusing double entendre at the moment.

Getting sucked off in your kitchen isn’t usually how you meet your husband.

Just as I get acclimated to the amazing sensation of whatever his tongue is doing down there, he grabs hold of my hips and spins me around. My face presses against the wall with a surprised grunt—and his face presses between my cheeks, tongue darting out to show me yet another talent he forgot to mention on his profile. Unless this files under the “I’m a jack of all trades” remark in his About Me section.

This is probably the part of our love story we’ll omit to our kids someday.

The date had gone perfectly, by the way. We did the dinner thing at a low-key fancy place (i.e. somewhere affordable yet nice enough and easy to worm out of if it goes south). I laughed at his jokes and smiled when he complimented my “intentionally messy yet stylish” hair. I asked all the questions and he gave all the answers. I paid the bill, we had a cute and awkward exchange, and I agreed to let him come back to my place for a nightcap.

I guess I didn’t expect the nightcap to be my asshole?

“Do you want to take this to your room?” he asks after coming up for air.

How courteous of him to ask. That’s another tidbit on his profile, by the way: he’s ‘courteous’.

In another blink of an eye, we’re on my bed and he’s on top of me trying to work a condom down his shaft. He bites his lip impatiently as he frowns at his cock and the condom that stubbornly won’t roll down the right way, like it’s letting him down.

And it only takes this much of a break in our momentum for me to lift my head off the pillow and express my doubts. “I think we’re going at this kind of fast.”