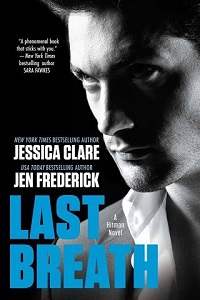 The man above me pushes into me with a grunt, his weight heavy on my back. I stare at the wall and think of zombies and play a mental alphabet game. I’m a horror movie aficionado, but I can’t recall if there are any zombie movies that begin with the letter A. Attack of the Living Dead, maybe? It’s a probable title, but I might be making it up.

The man fucking me squeezes my ass and bites out something in a foreign language. Portuguese, maybe. I ignore him and mentally continue sorting through my list of zombie movies. There’s Dawn of the Dead, of course. Night of the Living Dead. Shaun of the Dead. Land of the Dead. But I can’t think of a single movie that begins with A. Arrival of the Dead? Anarchy of the Dead? Surely someone’s had a movie called Arrival of the Dead, haven’t they? Pretty sure there’s a Return of the Living Dead out there, so if they’re returning, they have to arrive at some point. Right?

Someone should really get on to the whole A title thing. I shift my hands on the floor, thinking. Okay, now I can’t think of anything with the letter B, either. Jeez. I suck at this game.

The customer squeezes my hips painfully, drawing my attention back to him. “Cadela,” he snarls out, smacking my skin hard enough to sting as he drives into me again. He’s deliberately trying to hurt me, but in the last few weeks, I’ve become amazingly good at tuning men out.

At least from this angle. When they shove their rubber-covered dicks into my mouth, it’s harder to push the world out and keep my mental narrative running. That’s usually why I bite. Most have learned not to stick their dick in the American girl’s mouth because she’s a biter, but occasionally, I have to remind them.

The man shoots an angry stream of words at the back of my head and pulls on my hair, but I still ignore him because I know it will piss him off. The men that buy my time want a girl that struggles. One that weeps and cries. Pussy is a dime a dozen in Rio, or so I am told by the brothel madam, but fucking a captive American girl that will fight you and weep? That is something special, and they pay extra for that.

And because they do pay extra, I do my best to ignore them, even when they’re hurting me.

He saws into me, slamming his body into mine so roughly I tumble to the thin, dirty mattress that has been my home for the last few weeks—ever since I went to sleep in Russia and woke up here in Rio, nursing a hangover from shitty roofies. Now my owners speak Portuguese instead of Russian, but they still chain my ankle to the wall so I can’t escape.

Grimly, I press my cheek to the mattress and let him pound into me, ignoring the hand tangled in my hair that pulls a little too hard. He wants me to cry and weep and beg for mercy, so I won’t give him the satisfaction. I go back to my mental game instead. Where was I? B? Oh wait, Bride of Re-Animator. That’s a B movie for sure. I move on to C. C is an easy one. Children of the Living Dead. D is easy, too—

The man pulls out of me and drags me up by my hair, shouting at me now. He wants my attention, and I’m not giving it to him. When he pulls me up to his face, screaming, I give him a thin, pained smile and shoot him the bird. Fuck you, I think. You’re not getting tears from me.

I cried a lot in the beginning. I never understood what was happening, really. What I had done to somehow get kidnapped and sold like I was nothing.

All I knew was that I’d driven my roommate Daisy to work one afternoon and I’d settled down to study. I’d borrowed her phone because mine was lost, and I had it on me. Daisy was supposed to call me when she was ready to leave work.

An hour after I dropped her off, two men had showed up at the door. Two tall, frightening strangers in suits with cold eyes. One was blond and enormous, and the other one was slim and ugly. They both had thick Eastern European accents, and I immediately regretted opening the apartment door. By then, it was too late. They’d forced themselves into the apartment, bound and gagged me, and then dragged me into their car. Thirty minutes later, we went to the gas station where Daisy worked and they grabbed her, too.

Later, I was told that Daisy’s boyfriend was mixed up with the wrong people, and that was why she had been taken.