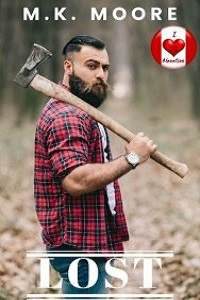 Living in the Yukon is a huge change from living in Toronto. Living in the city, every siren, every loud noise brought me to a place I didn't want to be in. I had to get out of there. Five years ago, I hit a wall, literally. I was a drunk, just like my poor excuse for a father. I can blame it on genetics all I want but honestly I just wasn’t strong enough to deal with my demons. It seems like a lifetime ago now but I'm a former major in the Canadian Army. I was one of the very few deployed to Iraq in August 2004. I was twenty-two years old and had never seen a day of combat before that. From the moment we arrived, I was bombarded with things I never thought I would see, but I did my duty to my country. The problems started when I got home. Nothing held any value for me, not even myself. Drinking and driving is the worst thing I could have possibly done but at least no one else got hurt. The wall I hit gave way to a massive ditch. I wasn’t found for two days so by that time I was no longer drunk. I didn’t go to jail, but I should have. Enough was enough. I needed to quit cold turkey and force myself to live a better life. Toronto wasn’t the place to do that. Since I grew up in foster care and joined the army at eighteen, I have no family to speak of. The decision to move out to the Yukon was an easy one. I packed up my truck and drove west until I reached Whitehorse. Then I went north about seven miles to the cabin I purchased. It has modern comforts, but the internet is dismally slow. That’s alright though. I have no desire to search the internet for anything, but I do use it for the orders I get. I stick to myself out here, but I use my time and make furniture. When I first started doing it, I never thought it would take off like it has. I never have to be around other people anymore and I like that just fine. God, my work, and solitude saved me. But eventually the solitude is getting to be too much to bear and I’m ready to venture back out into society.

Just as I am about to open my front door to head into Whitehorse for my weekly supply run, there is a loud knock on it.

When I open it, the most beautiful woman I’ve ever seen in all my years is standing there. Her dark hair is pulled into a ponytail that’s long enough to hang down on her chest. Her aviator sunglasses are blocking her eyes from me, but I am imagining bright, penetrating ones, no matter the color.

“Can I help you?” I ask gruffly. Being up here, I’ve forgotten how to talk to a woman. It’s been ten or more years since I’ve been with a woman.

“Um,” she starts then clears her throat before continuing. “ I’m Special Constable Hart with the Royal Canadian Mounted Police,” she says, showing me her badge. As if her bulletproof vest with POLICE emblazoned on the front didn’t give that away. Her red puffy jacket also has a patch on her shoulder that indicates she’s a Mountie. “We are searching these woods for a missing Whitehorse man, Jacob Wentworth. Have you seen anything suspicious out here or do you know him?

“No ma’am, to both questions” I say, peering out the door in order to look for her partner. I find none. “Are you out here alone?” I ask and she puts her hand on her side piece. “I mean you no harm, ma’am. I’m just asking. It’s generally safe up here, but you never know.”