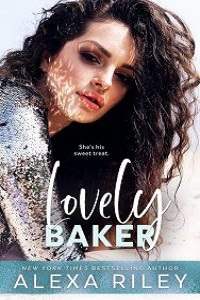 “I can’t believe this.” I stare at the beautiful ornate box. When I lift the lid I see the invitation inside and I shake my head. “This is so extra, girl.” I laugh and she joins me. “I love it!”

“I thought it was a little much, but Devin’s sister Ree talked me into it.”

I move the phone to my other ear and I can’t help but think Erin sounds so freaking happy. I was a bit worried when she fell so fast for this Devin guy and I haven’t gotten a chance to meet him yet. It’s not like I can pop over to her place anymore, and she’s not showing up to the coffee shop to eat all my sweets. We live hundreds of miles apart now, but she’s the happiest I’ve ever seen her.

“I’m really happy for you. You deserve this.” She really does after that crazy stalker came at her. Anytime I think about it, I start to get choked up that I could have lost her.

I’m not shocked she and Devin are rushing down the aisle. I think a brush with death will make everyone open their eyes and grab whatever it is they want most. For them it was each other.

“I know. That’s why I’m handling everything. I already got your dress and the seamstress will come by and do alterations right there. I also am handling your flights and hotels.” Gah, she’s so sweet.

“I can’t ask you to do all that.” Even if I really want to go, that’s too much. Neither Lucas nor I have been on a plane. He’ll be so excited because he’s obsessed with them. He keeps saying he’s going to grow up and be a pilot. Then he can take us anywhere in the world.

“Well, my soon-to-be husband is loaded.” I hear Devin laugh in the background. “And I want you there. You, Lucas and Grams are my family. I want you to come and have a great time and not worry about all the odds and ends. Relax for a few days.”

God, that sounds really nice. When was the last time I relaxed?

“You’re making it hard to say no.”

“That’s the point,” she laughs.

“Okay, I’ll come,” I blurt out before I have a chance to talk myself out of it.

“Yes!” she shouts, almost killing my eardrum. “Okay. I’m going to text you some stuff so we can pick dates and everything.” I hear the back door to the shop open and I know it can only be one person. One I don't want to deal with tonight.

“Sounds like a plan. I’ll be out of work in a little while,” I tell her, so she knows it will be a few minutes before I can respond.

“Love you too,” I say before hanging up. When I turn around I run right into a wall of muscle. “Reed.”

I lean my head back to look up at him and he’s glaring at me. I think most are scared of his glare, but I’m used to it. He’s the boy who cried wolf; he glares and nothing happens. I inwardly laugh at calling him a boy because I bet he hasn't been called one since he was twelve.

“Where is Mandy?” He looks over my head to the tables in the shop.

“She got sick about an hour ago so I sent her home.”

I duck past him, needing to put distance between us. He always smells a little too good. Men aren't supposed to smell good, are they? I pull off my apron and grab the hand towel.

“You know the rules. No one works alone at night,” he says to my retreating back.

A moment later I hear his steps behind me and I toss the towel and apron into the laundry bag outside the small office.

“She was throwing up. What do you want me to do?” I sit down in my chair and put in the totals from my drawer.

“It was only an hour. I don’t need help, I’ve got it.” He grabs my chair and spins it around to face him. I try so hard to keep eye contact but fail miserably.

Along with smelling too good, he is one of the hottest men I’ve ever seen. It doesn't matter if he’s in an expensive suit or wearing boots, jeans and a shirt that lets me see all those glorious tattoos. He always looks good, but he’s in a suit tonight and it’s bittersweet that I can’t see his ink.

“That’s your problem. You don’t let anyone help.”

He’s not wrong. It’s a hard habit to break when I’ve spent my whole life taking care of myself. It’s not as if I had a choice. I took care of my mom and then Lucas came along so I had to take care of him too. Not that I would change that for anything in the world. He might be my little brother, but it’s been me that’s raised him since the day he was born. He’s mine.