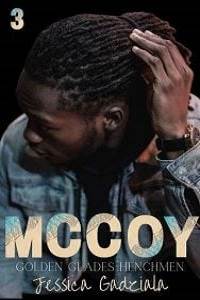 It shouldn't have been so easy.

When someone ran a profitable criminal organization, you didn't expect to be able to just... waltz right into their home base.

I mean, sure, there were fences. Tall security fences with barbed wire on top and, judging by the little black insulators all around, it was electrified as well.

But the gates were thrown open, inviting anyone to walk right in.

Or maybe it was more fair to say that anyone with a vagina could walk right in.

There was a raging party out back by the pool, but the women far outnumbered the men gathered around at least five-to-one. And it looked like clothing was, you know, optional.

But, then again, for what I was about to do, was there really even a dress code? I was pretty sure there wasn't.

My stomach flopped over at that train of thought. I'd worked hard not to think too much about why I was at the clubhouse of actual arms dealing bikers with something stashed in my purse that they definitely wouldn't approve of.

Every time I thought about it over the past two days, I'd needed to run to the bathroom to sit in front of the toilet, sure I was going to be sick.

Aside from the first time I knew what I had to do, I didn't actually throw up. Which only managed to leave me with a constantly flip-flopping belly, with bile burning through my esophagus, making me constantly queasy and sweaty.

I'd been chewing anti-nausea medicine like it was candy every waking moment. Which meant every moment. Because I hadn't slept in forty-eight hours either.

Sleep wasn't even an option, even if my heavy-lidded eyes and the slow, lazy feeling of my limbs said otherwise.

I couldn't do this.

But what other choice did I have?

Taking a slow, deep breath, I pulled open the front door, finding myself in the living room area with a large sectional and oversized TV as well as a staircase leading up.

Moving forward, I found myself in the large kitchen area where chips and pizza boxes were strewn over a long table and the island was covered in plastic cups and bottles of liquor.

"Hey, pretty mami, can I get you something?" a man asked, making me turn to find a guy standing near the island in a white tee and jeans. If I had to guess, I'd say he was around five-seven with a fuller figure and the golden-brown skin that said he was from somewhere in South America. "I'll make it fancy and shit," he added with a charming smile, pushing open a pink drink umbrella.

"I, ah, no. Thanks. Not yet," I said, wondering if maybe a drink would help, but also knowing I hadn't been able to hold down food in two days, so drinking on that kind of empty stomach wasn't likely going to end well.

"You're new 'round here. I'm Eddie," he explained, pressing a hand to his chest.

"Hey, Eddie," I said, not willing to hand over my name. "Are you, you know, a biker?" I asked, not knowing much about bike clubs in general, so I didn't know if they had, you know, uniforms or anything.

"Me? Nah. Not yet. Hopeful someday, though. I'm what they would call a Hangaround. The patched members wear cuts."

"Leather vests or jackets with the club logo on them," he explained. "I want to prospect one day, but the time hasn't come yet," Eddie told me. "I don't have a cool bike yet, but I got a fancy-ass racing car if you're into vehicles," he went on, laying it on thick.

"I drive a three-time handed-down car," I told him with a small smile. "I don't know anything about cars. Or bikes for that matter," I added.

"Well, you ever need that hand-me-down car worked on," Eddie said, reaching into his pocket to find a business card, "you call me and I will give you the friends and family discount," he told me, handing me the card.

It was a simple thing that featured a car engine, if I wasn't completely mistaken, and the words "The Shop" in big print above the phone number and email.

"You don't even know me," I said, shaking my head at him.

"Nah, baby girl, but I'd like to. The way I see it, if I give you that, and you need an oil change, you might take me up on my offer. Then I might get to see your pretty face again. Maybe convince you to come get some food with me. Me? I like to eat," he said, pressing a hand to his stomach. "Like watching pretty ladies eat too. So, I'm playing my long game here. And with that, I will leave you alone. And hopefully wanting more," he added with a charming smile before ducking out the back door.