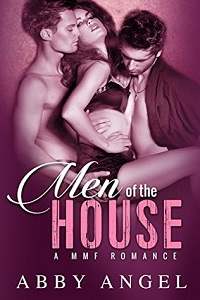 “Sayonara, bitches!” the frat guys yell at the top of their lungs as the clock strikes 12. All classes end at 12 at Harvard on the last day of this semester. That means that Junior year is finally over.

Ok, they’re not really frat guys. Harvard doesn’t have frats. They have these things called eating clubs. Where you take your meals but then at the end of the evening you go back to your apartment.

I mean, it would be more impressive if they were real frat guys, in other colleges. But I guess this is the best we have. I sigh. Doesn’t really matter. I have enough on my plate despite the year being over.

“Remember that this year was smooth sailing and next year’s going to be tougher!” shouts Professor Waltz as the rest of the class and I share our enthusiasm for the year coming to an end by stampeding to the door.

This year was smooth sailing?

I mean, this year has so not been easy. I feel as if I’ve been at Harvard for twenty years. I’ve done nothing, but study, study, and study some more. Thank goodness summer’s here. I need a break and I need to get the fuck out of here.

“Wow, you’re acting as if you’ve won the lottery or something. Is there something that you’re not telling me?” Sandra laughs as I grab my things quickly so that I can get to my dorm room in record time.

“It’s just that I messed up and told Zach that I finished yesterday and not today. So he’s in my room waiting for me.”

I left him in bed this morning while my roommate, Rachel, was still asleep. I can’t wait to get the summer vacation started because I’m dying to get out of here. Junior year has been so difficult, but then again studying at Harvard was never meant to be an easy ride, you know?

Still, it was the last day, and I’d be heading home tomorrow. I know Zach had wanted to fuck so I felt kinda guilty going to classes, but he and I have the whole day now. At least that’s what I tell myself. I mean, he’s not going to need the whole day. He’ll barely need three minutes.

Sandra grabs her things too and starts walking out with me, “Been a while since you guys hooked up, right?”

It’s no secret that I’ve had my head stuck in the books for weeks now. I’m at one of the most prestigious colleges in the U.S. It’s not smooth sailing, and I need to concentrate on my classes. Zach’s been patient enough to say that he understood. Not many guys would put sex on hold for so long. He’s a brilliant boyfriend; I don’t know what I’ll do without him. We hooked up in freshman year and everyone said that it wouldn’t last because we were each others rebounds from prior relationships.

But our relationship is the same and nothing has changed … even with his little problem. As soon as we finish college we’ll get married and have kids and prove to everyone that rebound relationships do work. All it takes is dedication and patience; for the last three years we've been fully committed to this relationship.

I loop my arm into Sandra’s. “Yes. I’m going to give him a whole lot of loving tonight.”

She laughs, “I’m sure you are. I swear Karen Astor! You’ve got it all. A top ball player. Good looking, rich, and what am I missing?”

I want to tell her that there is one thing. The real reason I kept him away sexually and it's frustrating, but I can’t tell her the truth. That’s Zach’ secret, something that’s too private to share. I wouldn’t like it if he did that to me. If I had problems in the bedroom and he told the world. Besides, no relationship is perfect; there's no such thing. Everyone has their flaws, including me.

I mean, you could say that I’m sort of a slut. I’ve slept around. I had sex at an early age. I dated. A lot. Been around the block.

But I don’t care.

I’m young. I’m pretty – at least that’s what guys seem to tell me.

I have the world at my fingertips. Why am I not going to enjoy it?

Besides, I think I’ve done a lot of my wild oat sowing and am ready now to settle down with Zach. I definitely lose out some in the sex department, but hopefully get it back in the nice-guy department.

“Intelligent, smoking body…the list could go on.” Her blue eyes shine. “You know that he’s got you too.”

I sigh because I know exactly what she’s talking about. Zach is all that, despite his flaws. And Rachel and Sandra have been my rocks whenever moments of self-doubt creep in, and they’ve been creeping in a lot lately. My mom’s been missing for nearly a year now. Before that she’d spent the last few years in and out of rehab more times than I’ve changed my underwear. I worry that sometimes when I get a little depressed that maybe I’ll turn to drugs like mom did. No one understood why she started to get dependent on them.