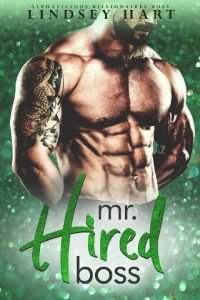 “This is wrong. Wrong in just about every single way that wrong could be defined or spelled.”

“I didn’t know wrong could be spelled any other way, so technically it’s just wrong in one way.”

“Yeah. The only way that counts,” I huff as I sink a little lower in the passenger seat.

Currently, I’m seriously effed. It’s a freaking effing eff I got my own self into.

“It was my idea, but you were all for it.” Dean flashes me his best and most convincing you’re-not-as-screwed-as-you-think-you-are grin. And it looks pretty good on Dean.

I relax just half a degree, but it doesn’t stop me from slithering down a few more inches on my leather seat. I’m wearing a pretty short dress, I’m sweating because Dean hates AC, and I’m seriously nervous. Like seriously. And my ass is also kind of sticking to the seat.

Yes, I’ve let Dean talk me into some pretty stupid shit over the years. We’ve been best friends since we were in diapers. Technically, I guess since birth, but I can’t remember that far back. Our parents were friends long before that, so I guess it was fate. Or destiny. As a little girl, I thought I’d marry Dean one day. My childish hopes and dreams were shattered when I was fourteen, and Dean came out to his parents. He actually told me first. It broke my heart a little because Dean is seriously amazing. He’s probably the best person I know. It drives me crazy that he’s been so unlucky in love. He’s had his heart broken a million times, and as someone who once had a crush on him, is his best friend, and also like a sister to him, it breaks my heart every single time.

I keep telling him that he should just fly solo for a while. Get his bearings. Do the things he wants to do. AKA, just like me. He keeps telling me that going without sex for two years isn’t exactly appealing, and he doesn’t do casual. Not that I do casual. I don’t. I’ve just been burned one too many times, and after the last time when I caught my ex banging not one but two girls in my own freaking bed, that was that. I swore off men indefinitely.

Which has turned into two years, one month, and twenty-two days. Yes, I still remember exactly what day I caught Billy having a ménage a trois in my bed. I should have burned those sheets. Throwing them out just wasn’t good enough, but I did give the mattress away for free the next day. Even though I gave a prior warning about the bad voodoo that was sure to accompany it, someone still came and picked it up. I hope they had better luck with it than I did.

“Hey. Come on. We talked about this. We’re almost there. Please tell me you’re not going to bail on me before we even take a look around and talk to a few people.”

I can tell Dean is worried, but even with his brow scrunched up and lips pulled tight, he’s gorgeous. He’s a seriously attractive guy. Jacked. Athletic. Muscly. But in a streamlined kind of way. He also has dark hair, dark eyes, and a lethal smile. Not only that, but he’s six feet something, always well dressed, and has looks that could slay just about anyone.

And they do. I’ve watched it happen. Somehow, no matter how many times things don’t work out for Dean, he doesn’t get discouraged. I have to give him props for not getting bitter about love.

“I just wish you had a friend who would agree to do this,” I groan.

“Wouldn’t work. Your parents and my parents know all of my friends. My parents are going to the wedding. They’d spill for sure. You have to find someone who has no ties to either of us.” He gives me a sympathetic look. “Just hang in there. You’re good. You’ve got this. We’ve got this.”

This being the plan that I’m coming to regret more and more.

My twenty-six-year-old sister, Susan, who is two years younger than me, is getting married in a week. And I happen to be her maid of honor. I’m happy for her. Really. She’s marrying a great guy, and they’re going to have a good life and make beautiful babies and everything. The only thing is, I have to go back home to Sisston, which is a small town two hours from Seattle. It’s where we all grew up—me, Dean, and Susan.

She’s getting married in our parent’s backyard because she’s sappy and traditional like that, which I think is actually super sweet. We have parents who are still so in love—thirty years after they got married—it’s sickening. Parents who worry about me constantly. Parents who don’t think flying solo and being an independent woman is the way one should live one’s life.